Nashville mayoral candidate Carol Swain took to the Nashville Armory last Wednesday to keep up-to-date on her permitting education requirements, putting  the “walk” with the “talk” on her support for 2nd Amendment rights. 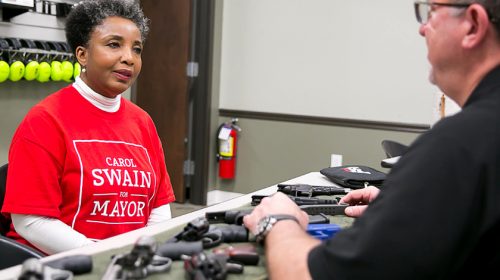 “After the terrible tragedy at Waffle House, I began to think about my responsibilities as a gun owner,” Swain said in a statement released by her campaign on Monday.

“It isn’t enough to have a carry permit. One has to train and practice to become proficient,” the former Vanderbilt professor continued.

“I am a permit holder and I, like every gun owner, have a responsibility to spend time at the firing range practicing and familiarizing myself with my weapon. The knowledge needed to pass the written test is only the first step to responsible gun ownership,” Swain added. 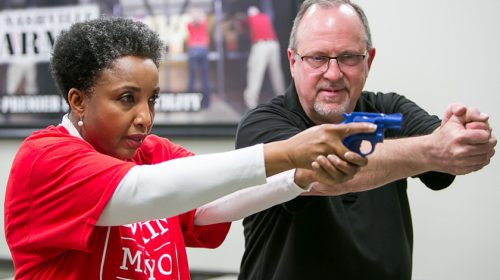 Briley made gun control the second major issue in the mayoral race with his far left call for “more gun control” made in a statement he read in a press conference last Sunday just hours after an emotionally unstable 29-year-old allegedly shot and killed 4 people at a Waffle House in Antioch, Tennessee in the early morning hours earlier that day.

Swain is the leading challenger to Briley in the May 24 special election in which Nashville/Davidson County voters will select a mayor to serve the remaining one year and four months in the term of disgraced former Mayor Megan Barry, who resigned in disgrace on March 6 after pleading guilty to a felony. 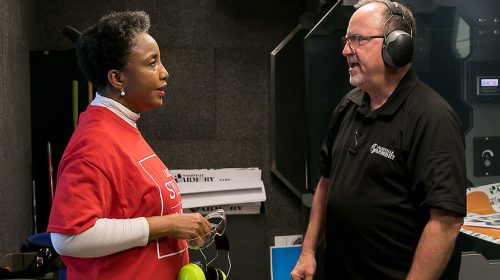 “What happened today in Antioch is a terrible tragedy. It is another example of the rise in violent crime that is plaguing our fair city,” Swain said in the statement released late on the day of the shootings.

“I am also a strong supporter of the 2nd Amendment,” the former Vanderbilt law professor continued.

“Today’s shooting shows how important it is to have well trained and armed citizens in the community. If one of the patrons had been armed, the situation may have turned out differently and lives could have been saved,” she stated.

Swain also praised 29-year-old James Shaw Jr., who stopped more killings by fighting with and grabbing the gun from the alleged shooter, Travis Reinking of Morton, Illinois, who was captured one day after the shootings and remains in custody. 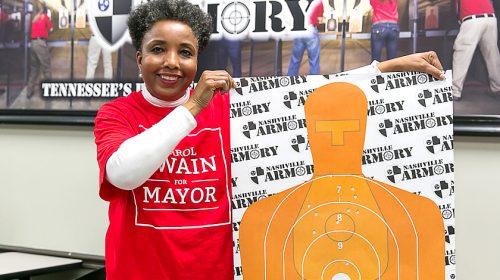 “James Shaw Jr. is a hero and all of Nashville should thank him for his actions today,” Swain said.

Swain and Briley also are on opposite sides of another major issue: the $9 billion transit plan that goes before the voters of Nashville/Davidson County this Tuesday.

A recent Tennessee Star Poll shows that likely voters in Nashville/Davidson County oppose the transit plan by a 2 to 1 margin.

Swain has scheduled a “Victory Celebration” for opponents of the transit plan for election night Tuesday, which will be held at the Millennium Maxwell House Hotel.