NASHVILLE, Tennessee–Acting Nashville Mayor David Briley held a town hall at the Coleman Park Community Center which featured a number of questions on politically related policy issues from attendees on Thursday, paid for by the taxpayers of Nashville/Davidson County, just two weeks before the May 24 special Nashville mayoral election in which he is a candidate. 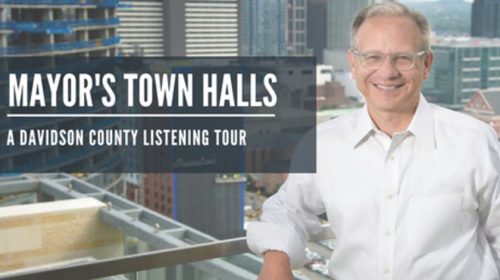 Briley intends to conduct several more such town halls between now and the special election.

The Tennessee Star asked the Mayor’s Office if the Nashville/Davidson Metro Government is paying for these town hall events, which appear to be political events rather than official events? Or is the Briley campaign paying for them?

“These are official events, not political ones,” Michael Cass, a spokesperson for the Mayor’s Office responded.

“Mayor Briley wants to hear what taxpaying citizens are thinking and have direct dialogue with them. He said at his press conference the night he was sworn in that he would be holding town halls around the county, and that will continue after the election. Each of these events is held on Metro property,” Cass added.

“So since these town halls are official events according to the Mayor, the taxpayers of Nashville/Davidson County are paying for them?” The Star responded.

“If so, have you checked with the Davidson County Election Commission, The Tennessee Election Commission, and your own internal ethics office to confirm such an arrangement is both legal and ethical two weeks before an election in which Acting Mayor Briley is a candidate?” The Star asked.

“I’ve never heard of a rule or law prohibiting an officeholder from appearing in public two weeks before an election,” the Mayor’s spokesperson responded.

“He’s carrying out the duties of the Mayor, which include talking to citizens,” spokesperson Cass continued.

“But have you sought an official guidance from the Davidson County Election Commission, The Tennessee Election Commission, or your own ethics office as to the legal and ethical propriety of conducting what amounts to a campaign event at taxpayers expense 2 weeks before the election in which Mayor Briley is a candidate?” The Star asked in response.

“Members of the Tennessee General Assembly say they are prohibited from using any taxpayer funds for any political communication for at least 30 days prior to an election in which they are a candidate, if not more,” The Star noted.

The Mayor’s office has not responded to these subsequent questions. 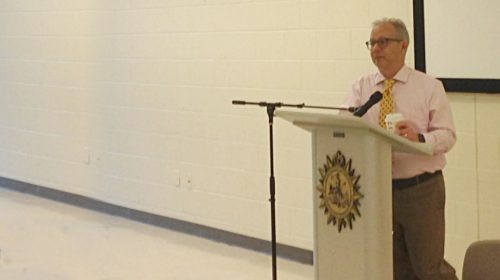 While ten other mayoral candidates participated in a candidate forum on the other side of town, Acting Mayor Briley chose instead to attend this taxpayer funded town hall at which he was the main attraction, a clearly political effort to elevate him above his rivals in the May 24 election.

About 100 people turned up for the event, and asked a number of questions.

One man who identified himself as a member of the Somali community asked Acting Mayor Briley why there wasn’t more affordable housing for Somalis in Nashville.

Briley responded that he had just finished a meeting with six members of the Muslim community, who had proposed an affordable housing project, which he described as “innovative.” 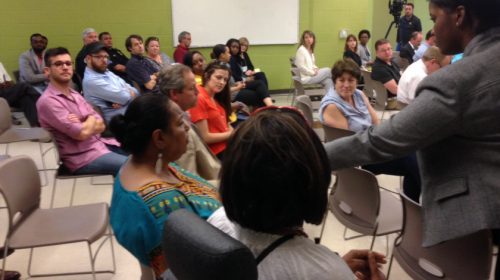 The acting mayor also remarked that 12 percent of Metro Nashville was foreign-born, and the city government needed to be sensitive to their needs.

Several members of the audience complained about the quality of the city’s transit system, and noted that there were often long waits.

Briley noted that “When I lived in San Francisco, it was a lot easier.”

Three audience members told Briley that one of the reasons there weren’t more transit riders is because it cost money. All three asked why riding on transit couldn’t be free of cost to riders.

Briley explained that though the city didn’t have the funds to make ridership on public transit free to everyone that employers should do their part by offering free transit ridership to their employees.