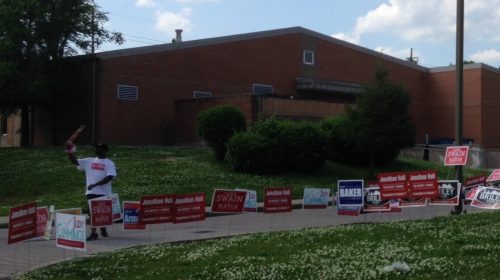 NASHVILLE, Tennessee–Judy Cummings was out in the 90 degree heat Saturday afternoon to ask early voters outside the Bordeaux Library to elect her as the new Metro Council Member from District 1, the only Council Member election on the May 24 special mayoral election ballot.

The Tennessee Star visited with Cummings as she sat under the protection of a tent and asked her to explain why she was running and why voters of District 1 should elect her.

Cummings told The Star she wants to represent the district in which she and her husband have lived for 40 years to be an advocate for her neighbors in District 1, which she said “is the most overlooked, under developed, under resourced district of all of the districts in Davidson County.”

You can watch the full interview here :

The Star also saw a volunteer working for Jonathan Hall, whose signs were plentiful. A volunteer tent was also set up for Sylvestor Armor, but it was unoccupied when The Star was there around 3:20 pm on Saturday. 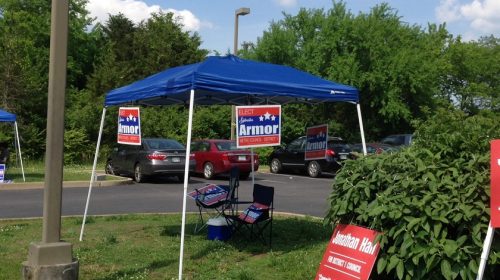 Here is a partial transcript of our interview with Judy Cummings on Saturday:

My husband and I are long term residents here in District 1. Lived here for 40 years.

This district has been the most overlooked, under developed, under resourced district of all of the districts in Davidson County.

I served 12 years on the Metro Planning Commission and I have experience to help the five communities that make up District 1.

District 1 is made up of Bordeaux, Joelton, Whites Creek, Scottsboro and Bells Bend.

Each of those own communities has their own distinct character.

As a metro council member for each of those communities  it will be my role to help put together the vision and dream of how we want to be developed or how we will not be developed.
We have some areas such as Scottsboro and Bells Bend that want to remain rural.

We have Joelton who is interested in a little light development. 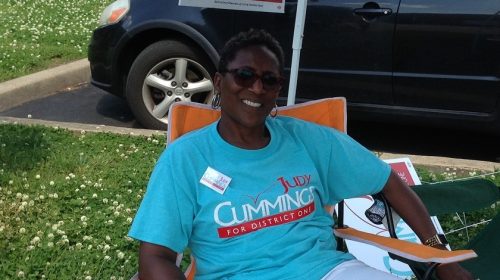 We have Bordeaux here that is ready for development over the next couple of years.

I am running to make sure we get smart development and smart growth.

I’m running for my neighbors, to be that voice, to be that advoacte to be sure that our voice is heard, that we’re at the table.

District 1 is the largest district in Davidson County, and yet, as I said, the most overlooked, under resourced, underfunded.

I believe I can be that voice, that strong voice to make sure we are at the table and that we participate in the prosperity of the city.