Some are saying that rental scooters in Nashville pose a safety concern following a hit and run crash Sunday.

The Lexus appears to be a mid-2000s model ES 330 or ES 300, police said. It sustained noticeable front end damage. 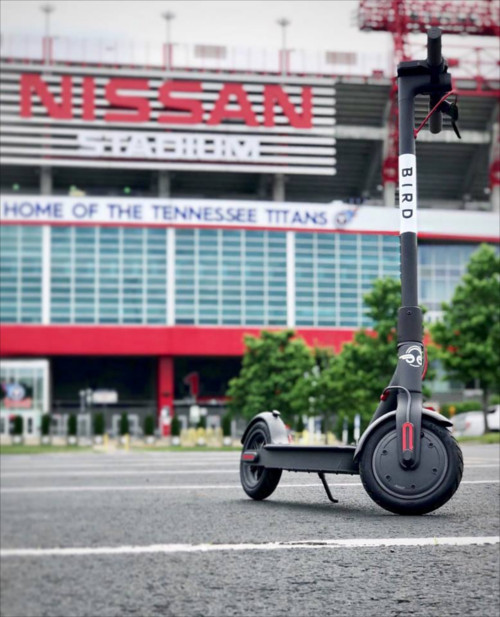 The injured women are identified as Lindsey Cowan, 28, of Knoxville, and Rachel Johnson, 27, of Oak Ridge, police said. Neither rider was wearing a helmet. Both women were being treated at Vanderbilt University Medical Center.

The Tennessean reported the women were riding Bird rental scooters. The company behind the scooters began offering them for rent following the defeat of the light rail transit plan. Bird offers rentals through an app for as little as $1.

“When someone is injured on your vehicle, it is bad public relations” Vanderbilt economist Malcolm Getz told The Tennessean. “It raises questions about what kind of response the city might want to have for new technology in our crowded downtown streets and sidewalks.”

The city sent the company a cease-and-desist letter two days after it launched, telling the company the scooters must not be on public rights of way until a regulatory or legislative framework is in place, The Tennessean said. Belmont University confiscated abandoned scooters left on the campus, the paper said.

Following the crash on Sunday, Bird spokesman Kenneth Baer released a statement, saying that rider safety is a priority.

Nashville is not the first city to take Bird to task over problems, WSMV reported.

In San Francisco in March, there were so many electric scooters that some called it “Scootergedden,” the TV station said. Officials wrote legislation requiring companies to get an operating permit. Last December, Santa Monica, California filed misdemeanor charges against Bird and fined them $300,000 for starting without a business license.

Bird said they are helping solve the “last mile” challenge for commuters, providing a way for people to get from Point A to Point B.