In a real head-scratcher, the Nashville Predators, long time beneficiaries of millions of dollars in subsidies provided by taxpayers in the state of Tennessee and the Metro Government of Nashville/Davidson County, endorsed Acting Mayor David Briley in the May 24 special election for mayor on Wednesday.

The Predators’ organizational decision to engage in the political arena by publicly endorsing a far left, big government progressive marks their second consecutive loss this month, after the Winnipeg Jets eliminated them from the Western Conference Semi-Finals of the NHL’s Stanley Cup Playoffs, four games to three.

The NHL’s Predators have now chosen partisan political sides, a move that is sure to alienate a significant portion of their fan base that is politically conservative, many of whom live outside the boundaries of Nashville/Davidson County.

“Their endorsement of the transit tax plan went down in ‘Calgary’ Flames. While that distraction may have cost them a win over the Winnipeg Jets. Now, after their endorsement of the plan produced a blowout defeat on May 1, they’re jumping back into a political arena where their experience and track record is comparable to a high school JV hockey team. If they had focused more on hockey, and less on politics the last 30 days, they would probably still be playing for the Stanley Cup,” Tennessee Star Political Editor Steve Gill said.

“Putting a mascot that is a beloved brand to their loyal hockey fans into a crass political power play will come back to haunt then,” Gill concluded. 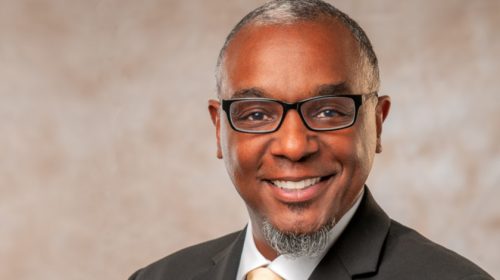 Fellow mayoral candidate jeff obafemi carr said of the endorsement, “I can’t speculate on the relationship between the Pred’s ownership, Gnash, and Acting Mayor Briley.”

I know they joined together in the push for the transit tax referendum, so it makes sense to stay in alignment with who you know. I’m a Predators fan. I’ll continue to seek the votes of the players and the fans myself, and I look forward to waving my towel as the next duly elected Mayor of Nashville. Towards that end, I echo Mr. Henry’s most important comment: ‘Regardless of who you vote for, get out and vote, get your voice heard. Go Preds.

The Predators franchise has received tremendous taxpayer subsidies since its introduction into the league in 1998, numbering well into the tens of millions of dollars. In 2010, Sports Business Daily wrote:

Millions of dollars in public funds and “unsurpassed on-ice success have not been able to turn the Nashville Predators into a profitable business,” according to a front-page piece by Nate Rau of the Nashville Tennessean. Predators Chair Tom Cigarran said that members of the ownership group “have been forced to put $60 million of their own money into the operation over the past five years, largely to cover losses.” The city has given the Predators $38.6M “in the same period.” Cigarran said that his group is “hunting for additional investors willing to kick in” $15-25M. Citing improved attendance and other business accomplishments, Cigarran “predicted the Predators will turn the corner soon on profitability.” The team received $11.62M last year “in state and city money.” Nashville Mayor Karl Dean’s office said that it is “confident in the Predators’ stability,” but other Metro officials “expressed concern that the owners say the team is still not profitable.”

Hi; I’m Sean Henry and this is my good buddy Gnash and we want to remind all of Smashville that election day is May 24th for the Mayoral race. Early polls are open this Saturday, May 19th. We want to encourage everyone to get out there and vote. I also want Smashville to know we’re supporting Mayor David Briley, and we hope you join up in that as well. But regardless of who you vote for – get out and vote. Make your voice heard… Go Preds!

Thanks to our friends @Gnash00 and @PREDSident and everyone over at the @PredsNHL for supporting Mayor Briley in the upcoming election! We invite all of #Smashville to join #TeamBriley on May 24. Polls are open now so make sure you get out and vote! pic.twitter.com/xv66yN727m