Nothing illustrates Briley’s embrace of his predecessor’s progressive policies better than this pink hat he donned back on January 21, 2017–and proudly featured on his Facebook page– shortly after President Trump was inaugurated to express his support for the women’s march in Washington where far left critics gathered to decry the new president’s “Make America Great Again” agenda. 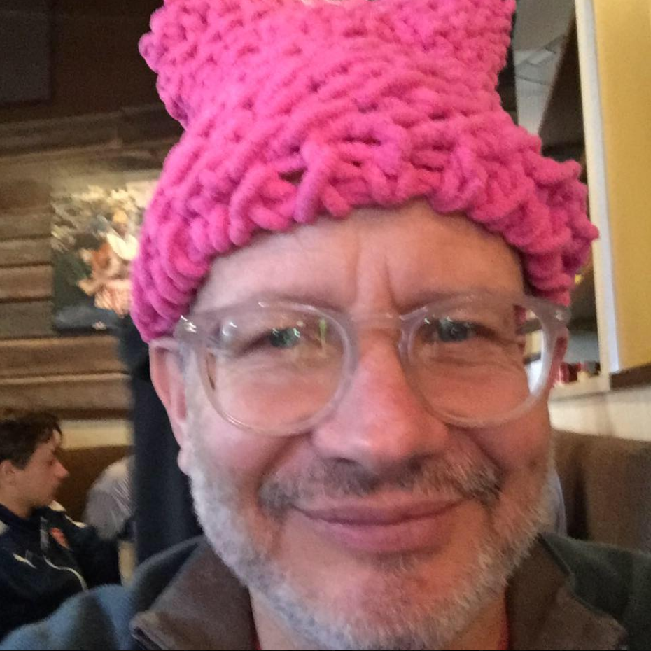 The Tennessee Star has identified the policies that constitute this promised “continuity” in a potential Briley administration, following on the heels of eight years of former Mayor Karl Dean, now a candidate for the Democratic nomination for governor, and two years and six months of former Mayor Megan Barry.

Briley earned his nickname “Boondoggle Briley” for supporting the original Barry boondoggle–the $9 billion transit plan conceived of by Barry and the developers, lobbyists, attorneys, engineers, and architects who stood to benefit from its adoption. Fortunately, the voters of Nashville/Davidson County overwhelmingly rejected that particular set of boondoggles on May 1 by a 64 percent to 36 percent margin.

Briley has additional boondoggles he wants to foist on the taxpayers of Nashville/Davidson County if he wins tomorrow’s special mayoral election and gets to serve out the remaining one year and three months of the term of his ideological godmother.

We can begin with the millions of taxpayer dollars he wants to use to subsidize major league professional sports franchises owned by multi-millionaires and billionaires:

In addition, the $125 million recycled downtown flood wall proposed by Briley just this week provides yet another opportunity to give generous contracts to all the architects, engineers, and contractors who supported Briley’s ill fated transit plan but failed to receive any financial benefit from that voter-rejected project.

Briley’s support for these questionable projects comes as he has admitted that the city has a $38 million budget shortfall under his brief two months on the job, and has proposed a Metro Nashville 2019 budget that will not include promised raises for Metro’s firemen and police officers.

But taxpayers of Nashville/Davidson County need not worry. Metro Nashville Council Members have proposed a 16 percent property tax increase, which Briley claims to oppose, but has refused to say he will veto. In other words, if elected on Thursday, he will sign any tax increase the Metro Council passes and puts on his desk.

Briley, will however, continue the stranglehold Metro Chief Operating Officer Rich Riebeling has had on the purse strings of the Metro Nashville/Davidson County Government for more than a decade.

That control has placed Riebeling at the center of a financial scandal in which $7 million of federal flood relief money was improperly redirected to build the Ascend Amphitheater. Riebeling also apologized to the Metro Council after it was discovered that he had directed $135,000 in payments not authorized by the Council to a long time friend and ally. He also was at the center of another scandal when he authorized former Megan Barry Chief of Staff Debbie Dale to approve the international travel of former Mayor Barry’s bodyguard and lover Sgt. Rob Forrest while making the second approver think that approval came from Police Chief Anderson.

“It was Riebeling, with nine years of experience as an attorney specializing in public finance, who broke Metro’s debt management policy of requiring bond deals to be “competitive” and replaced them with cozy ‘negotiated deals’, ”  The Star reported earlier this month.

“Four of the last five bonds issued by Metro agencies have been underwritten by Piper Jaffray, which employs the son of Rich Riebeling, who is a top aide to Nashville Mayor Megan Barry and is the city’s chief operating officer. Barry has continued her predecessor’s practice of awarding bond underwriting contracts without a competitive bidding process,” The Tennessean noted in 2016.

Continuity also means keeping former Mayor Barry’s 60 percent increase in the staff of the Mayor’s Office, and continuing to fund the George Soros funded and inspired “Office of Resilience.”

That’s a total at last count of at least 36 well paid staffers on the mayor’s personal staff, all of whom, unlike Metro’s firemen and police officers, received their promised raises in “Boondoggle Briley’s” proposed 2019 Metro budget.

No one has yet been able to point out exactly what these 36 staffers actually do, other than take care of the acting mayor’s every policy need, of course.

“Office of Resilience” employees can be found on the payroll in the Mayor’s Office.

The Foundation’s team works with networked cities to plan for every eventuality ranging from natural disasters like floods and tornadoes to “slow-moving disasters like unemployment, affordable housing, and poverty and inequality – that are increasingly part of 21st century life.”

According to a U.S. Conference of Mayors report, from 2015 to 2016, chronic homelessness in Nashville has increased by 9.8 percent, well above the national average and ranking Mayor Barry’s city as having the sixth largest jump among cities included in the report. Nashville also ranked a 43.2% increase in unsheltered homelessness during the same time period.

Mayor Barry’s commitment to “meeting the goals of the Paris [climate] Agreement” aligns with the “City Resilience Framework” (CRF) and is supported by the president of 100 Resilient Cities and other 100RC city members. The CRF was developed by Arup, whose “independent firm of designers, planners, engineers, consultants and technical specialists” have assembled to “shape a better world.”

When voters in Nashville/Davidson County go to the polls tomorrow, they will have an opportunity to decide if they want this kind of continuity–or if they want to throw the bums out.

Sources familiar with the Nashville political scene tell The Star former Vanderbilt professor Carol Swain is the mayoral candidate on the ballot tomorrow who would most likely be the beneficiary of a “throw the bums out” attitude among voters, though At-Large Metro Council Member Erica Gilmore, State Rep. Harold Love (D-Nashville), and jeff obafemi carr could also benefit.

Should no candidate in tomorrow’s election receive more than 50 percent of the vote, a runoff election between the two candidates who received the highest vote totals will be held on June 28.