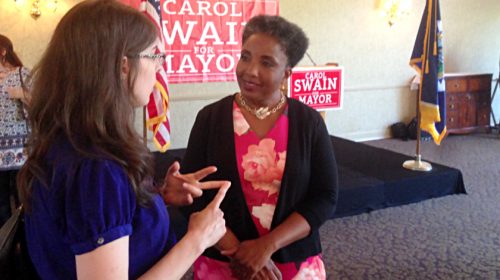 Vote totals in early voting, by top candidates, were as follows:

Election day turnout was reportedly low. Results from the city’s 160 precincts are expected to be fully reported by about 11 pm tonight.

Early voting results in the May 1 transit plan referendum election were almost the same as the final results, when the plan was overwhelmingly rejected by Nashville/Davidson County voters, 64 percent to 36 percent.

If the final results tonight reflect early voting results, Acting Mayor Briley will avoid a runoff with Swain and be elected mayor, serving out the remaining 1 year and 3 months of Megan Barry’s term.

For up-to-the-minute updates on the latest election results from the City of Nashville, CLICK HERE.