In the audio below, conservative political commentator and Tennessee Star Political Editor Steve Gill of The Gill Report, broadcast live on WETR 92.3 FM in Knoxville offered his take on the case of unemployed millennial Michael Rotondo, who was sued by his parents for refusing to move out of their home after several efforts by the family to rid themselves of this over-grown leech. 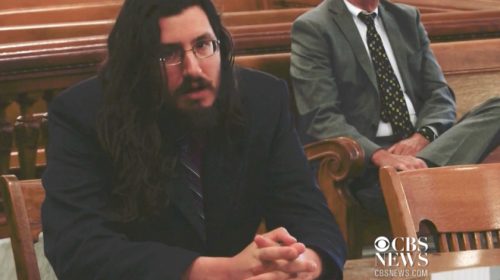 The unemployed millennial who was sued by his parents for refusing to move out has just one more week to enjoy freeloading.

Rotondo has been crashing rent-free at his parents’ for the past eight years — despite several eviction attempts by mom Christina and dad Mark.

The no-nonsense couple finally had it and sued the 30-year-old in order to force him to move out.

At a hearing Tuesday, Onondaga County Supreme Court Judge Donald Greenwood sided with the parents, telling Michael it was time to go.

Michael, who has a young son, told The Post he wanted three months to move out — or he’d appeal the judge’s ruling.

Rotondo has since taken his embarrassing non-road show to TV in a series of bizarre segments in which he’s lamely attempted to rationalize his position.

Despite the court order, it remains unclear if Rotondo, who is also engaged in a custody battle, will finally agree to leave, or need to be forcibly evicted.

Mark and Christina Rotondo were forced to the extreme-parenting measure after giving their layabout millennial boy Michael cash for moving expenses, pleading with him to get on with his life and finally sending written legal notices demanding he grow up and move out.

“Michael, After a discussion with your Mother, we have decided that you must leave this house immediately,” reads the first letter, dated Feb. 2.

It concludes: “You have 14 days to vacate. . . We will take whatever actions are necessary to enforce this decision.”

Listen to the segment: