An opioid task force unveiled a plan Monday to fight the opioid epidemic in Shelby County.

The task force formed last year and quickly got to work on a problem they said cannot wait any longer for a solution.

From 2013 to 2016, 474 people died from opioid overdoses–most of those deaths were concentrated in the heart of the county.

The Centers for Disease Control and Prevention said the opioid epidemic has not yet peaked.

The Shelby County opioid task force said it plans to spend $2.4 million in the first year to combat the epidemic.

The money will be spent to help the county map out opioid-related deaths, track overdoses, boost public awareness of the epidemic, and subsidize the cost of opioid-combating drugs. 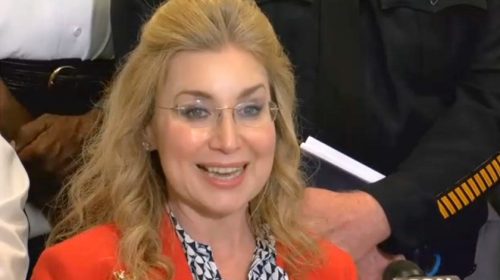 Heidi Shafer is the current chairman of the Shelby County Board of Commissioners, and she’s helping to make the Bluff City a better place – one vote at a time. Since 2010, this busy executive and mother has served as a Shelby County Commissioner. As chairman, she serves not only her fellow commissioners but also the taxpayers — all while also working full-time as COO of The Skin Clinics and The Flinn Clinic. We are pleased to introduce you to today’s FACE of Memphis, Heidi Shafer.

Shafer has been at the forefront of taking on the opioid epidemic plaguing many states, even before the issue began receiving the national attention it is currently seeing.

The goal of this local, state, and federal collaborative is to save more lives, not to lock more people up.

This is an evolving plan—with the task force planning to review the success of the program and make changes as needed.

Shelby County Commission filed a suit against a group of big pharmaceutical companies to recoup some of the costs of the epidemic. A judge ordered both sides to work it out in mediation.