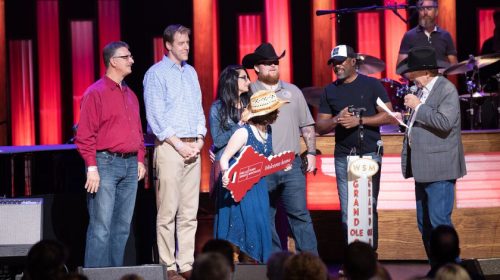 Because of inclement weather, the planned red carpet arrivals were cancelled so the Opry, the Tennessee National Guard Family Programs organization, and the USO invited the men and women of the U.S. military as well as spouses, children, and parents of soldiers serving overseas for a special moment to meet with the artists backstage at the Opry House before the 7 pm show. Several artists took time to meet and talk to the families and veterans before the show.