Randy Boyd, Republican candidate for Governor, rolled out of Sevier County last week on a 95 county tour across the state heading towards the August 2 Republican Primary date. The first week of stops included visits to Clinton, Cleveland, Athens, Knoxville and Maryville.  This week’s stops will include Millington, Pulaski, Lynchburg and Collierville. 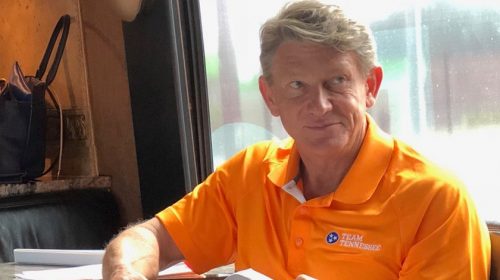 The Boyd campaign has laid out a detailed schedule for their bus tour through June 16th on their website.  Erik Schelzig at the Tennessee Journal notes that while other campaigns are in stealth mode with their candidates’ schedules, Boyd is putting his own appearances into transparent public view.  Schelzig’s admittedly unscientific assessment of the transparency level of the Democrat and Republican candidates in terms of their schedules is: 1. Boyd, 2. Lee, 3. Fitzhugh, 4. Black, Dean (tie). 6. Harwell. 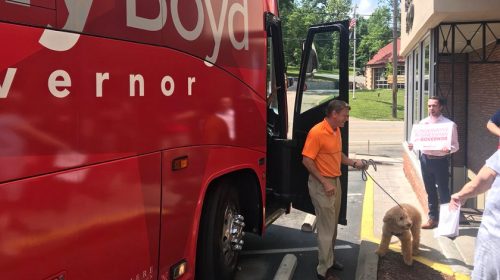 Tennessee Star political Editor Steve Gill points out that candidate bus tours across the state are nothing particularly new, with Bill Lee already having done an RV tour and a tractor tour since launching his own campaign for Governor. “A nine-week, 95 county tour with rallies and events scheduled in each county is a pretty big commitment of candidate time and campaign resources,” Gill says.

“Boyd is combining this ‘hand-to-hand’ contact with voters with a heavy barrage of television and radio time as well, and most campaigns in the past have not been able to afford both. If they can generate some good local earned media with these appearances, it should be an effective way to cut through the paid media noise leading up to August 2.”