MURFREESBORO, Tennessee–Five thousand Christians participated in a celebration of faith here on the square in Murfreesboro hosted by the Experience Church Friday night. 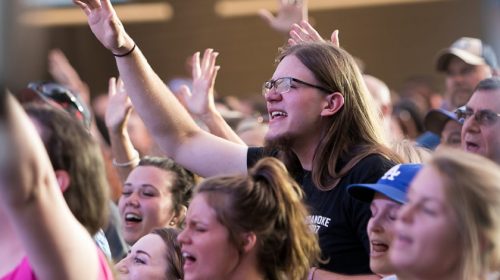 It was the second consecutive  year that people from Murfreesboro, Middle Tennessee, and around the country traveled to attend the local event.

The Tennessee Star spoke with Corey Trimble the pastor of Experience Church, and asked how the Night of Worship on the Square came about.

“Most of that is Kyle Elkins,” Trimble explained.

“This is our second year in a row. We talked to the mayor, who we have a great relationship with.We talked to the city and the county. They shut down the whole square for us,” he added. 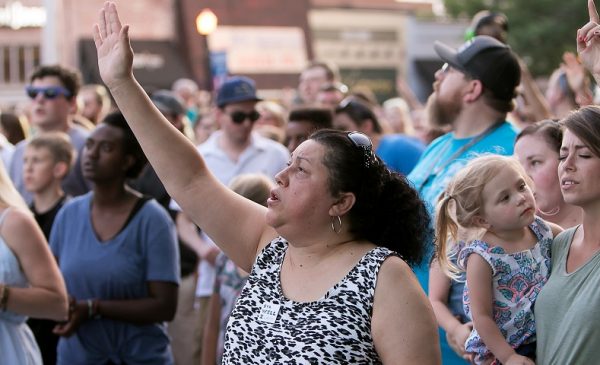 “Last year we had about 4,000 people. This year it looks like it will be about five,” the pastor said.

“The city’s very accomodating. They get all the local businesses involved. They give people discounts on their food and their merchandise. This year they give 10 percent of all themoney that is spent tonight to Feed America First,” he noted.

Trimble then explained the evening’s events.

“It’s mostly worship. We take communion together and we do baptisms,” he noted, adding that the event has a positive impact on the community.

“It’s very unifying. . . It’s nice to see people come together for a change,” he concluded. 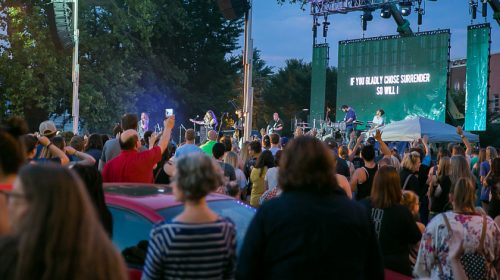 Rob Hostetter and his wife Erica from Worthington, a small town in Green County, Indiana, in the southwestern part of the state, spoke with The Star and explained why he made the trip to Murfreesboro.

“Where did you guys hear about this?” the Star asked.

“Our friend James here has some family that goes to The Experience Church. Erica and I have actually been to that church once, just passing through the state. We listened to it some on the internet – Corey’s sermons – and so, I don’t know, we kind of feel an attachment to is somehow, and so we decided to make a weekend of it,” he added.

James Lefever explained why he and his wife Nicole also traveled from Indiana. 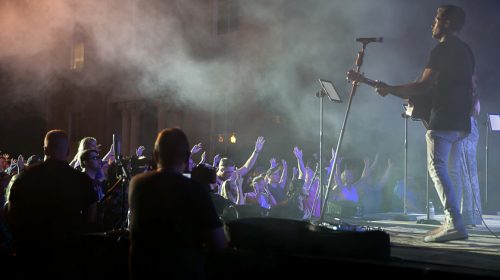 “What happened was that I had a cousin – my grandmother passed away this past winter – and I had a cousin who lives here in Murfreesboro and he came up to visit, and he was just on fire for Christ,” Lefever began.

“And I said, ‘What has changed in you life?’ And he said, ‘Man, I’m plugged into this church called Experience in Murfreesboro, Tennessee!’ So, one evening we pulled up experience on YouTube and started following Pastor Corey; and so I started telling my Christian brothers and sisters about it and so it’s almost like we feel like we sit under two pastors now! We just feel real connection; like, we don’t feel like crazy outsiders – we feel like part of the family,” he explained.