Former Tennessee Governor Don Sundquist, who became a political “untouchable” for nearly two decades after unsuccessfully attempting to force a state income tax down the throats of Tennessee taxpayers, is increasingly moving back into the political arena. First, he endorsed Randy Boyd for Governor, though Sundquist has been a visible component of the Boyd campaign since his endorsement.

Then, in April, after Marsha Blackburn had cleared the field in her bid to succeed Senator Bob Corker, Sundquist urged Republicans to get behind her to defeat Democrat Phil Bredesen. 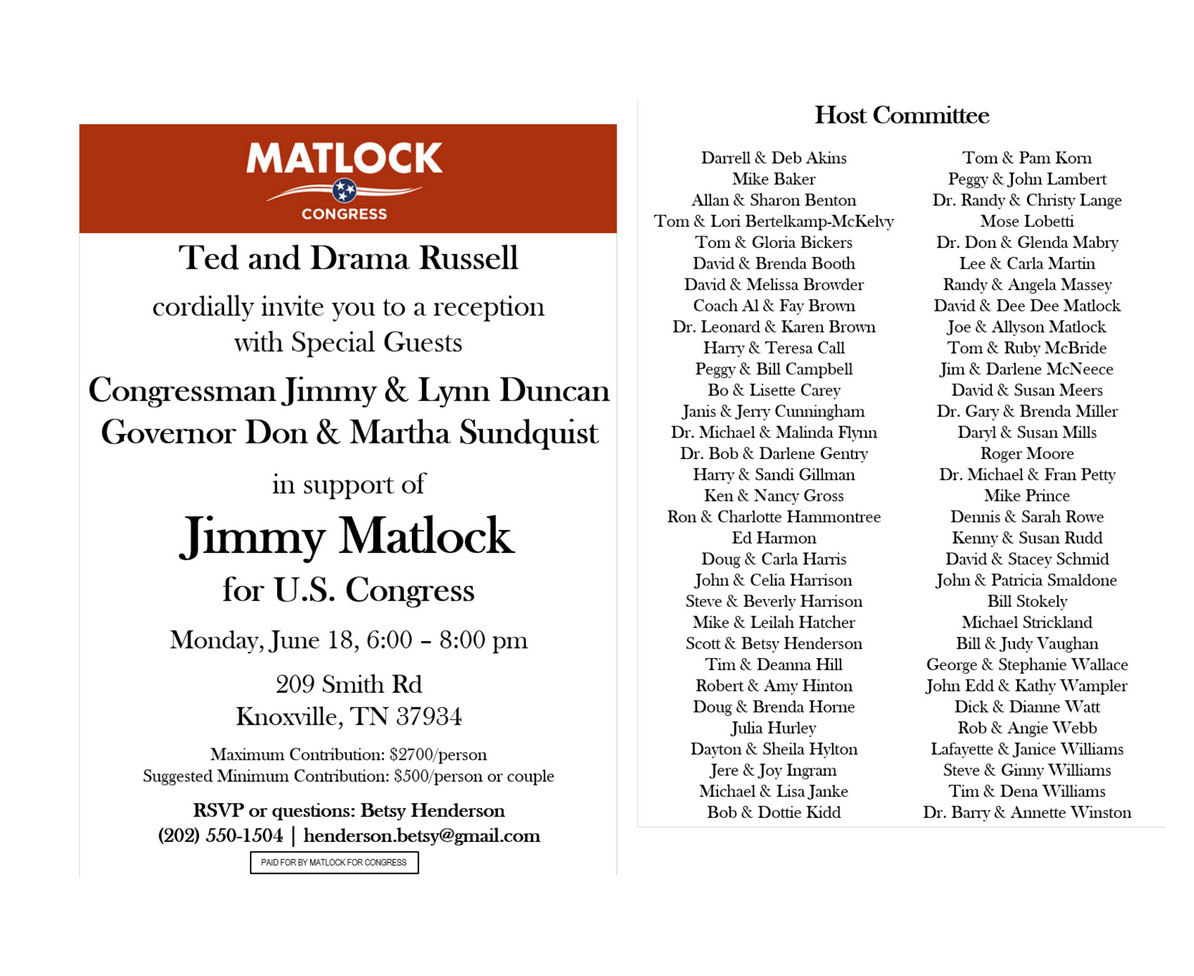 Now, State Representative Jimmy Matlock, who is locked in a tough fight with Knox County Mayor Tim Burchett to replace 2d District Congressman Jimmy Duncan, is trotting Sundquist out for a fundraiser next Monday. The event, also hosted by Congressman Jimmy Duncan and his wife Lynn, is being held at the home of Ted and Drama Russell in Knoxville.

The income tax is not the only political baggage that Don Sundquist drags along with him when he endorses a candidate. Illegal immigration is a top concern among Republican primary voters in Tennessee and nationally, and Diane Black is under fire for her vote to give driver’s licenses to illegals in 2001.  Meanwhile, it is worth noting that Sundquist was the Governor who actually signed the legislation granting drivers’ licenses to illegals in Tennessee.

“Between Sundquist’s support for a state income tax and his push for drivers licenses for illegals, both of which were strenuously opposed by conservative Republicans at the time and which remain contentious issues, it is hard to see the political strategy of making him the face of a Republican Primary campaign this cycle,” Tennessee Star Political Editor Steve Gill pointed out.