Uncertainty surrounds the details of the departure of a Democratic activist behind the PAC that paid for the deceptive and fear mongering billboard that attacks conservative legislators from the board of directors of Emerge Tennessee, thanks to the evasiveness of the group’s executive director, Kristal Knight.

Emerge Tennessee is the state affiliate of the national organization, Emerge America, that has the goal of increasing the number of Democratic women at all levels of public office.

On Tuesday, Knight contacted The Tennessee Star by email, requesting the story remove a reference to Carol Brown Andrews, the Democratic activist behind the PAC that funded the deceptive billboard as having an affiliation with the Emerge Tennessee board of directors.

The Star’s report on Tuesday stated:

According to the Tennessee Bureau of Ethics and Campaign Finance website, officers of the Tennesseans for Common Sense PAC, formed on March 13, 2018, are long-time Democrat operative Carol Brown Andrews and Lebanon-based personal injury lawyer Neal Agee.

In addition to her Democratic campaign research work as Vice President of Grindstone Research, LLP, with clientssuch as former Nashville mayor turned gubernatorial candidate Karl Dean, Andrews is on the board of directors of Emerge Tennessee, the state affiliate of a national organization with a goal of increasing Democratic women at all levels of public office, and is herself running for Democratic State Executive Committeewoman in the State’s 17th Senate District.

“Your Story- https://tennesseestar.com/2018/06/26/democrat-pac-uses-fear-mongering-and-deception-to-malign-conservative-legislators-praises-governor-haslam-on-gas-tax-increase/-identifies Carol Andrews as a Board Member of Emerge Tennessee. She is not a board member. Can you please remove that from your story?” Emerge Tennessee executive director Kristal Knight emailed The Star on Tuesday.

As part of its policy to immediately address any requests for correction, The Star contacted Knight by phone and asked her directly when Carol Andrews resigned from the board of directors of Emerge Tennessee.

Knight responded that she wasn’t sure.

The Star noted that Andrews was the Emerge Tennessee board member quoted in the press when Knight was hired as executive director,

As reported February 15, 2017, in the Nashville Post, Andrews was quoted about the hiring of Knight:

“We are thrilled to have our first Executive Director to be a person of Kristal’s caliber,” said Emerge Tennessee board member Carol Brown Andrews in a press release announcing the hire.”

Knight responded evasively. “I stand by my statement that she is no longer on the board,” she said.

“Why do you need to know anything else?” she asked.

In a final attempt, The Star asked Knight asked if Andrews resigned before June 2018. Andrews responded only that “I stand by my statement,” and then referred The Star to the communications director of Emerge Tennessee. 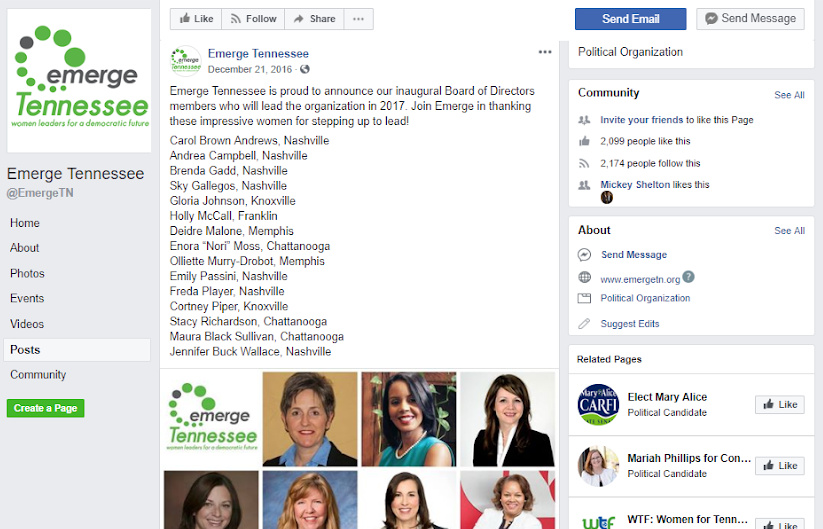 There were two more recent posts on June 15 and June 20, 2017, promoting founding board member Andrews’ appearance on News Channel 5’s Inside Politics with Pat Nolan. 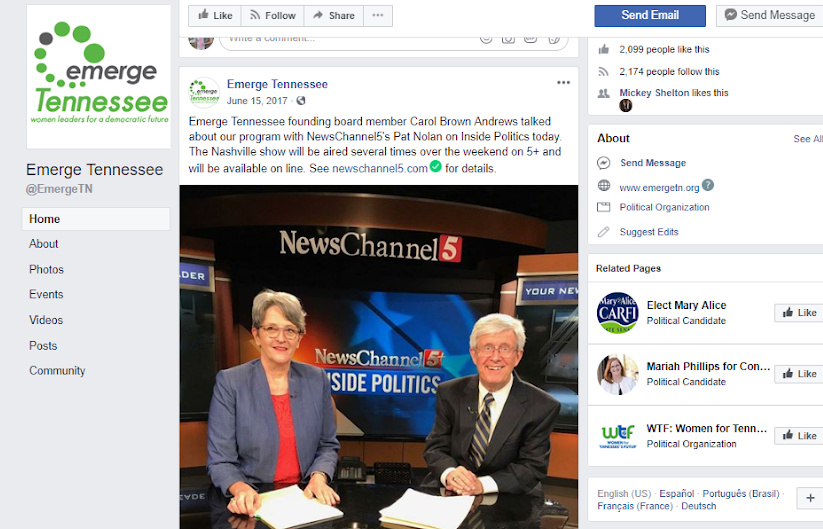 2 Thoughts to “When Did Democrat Activist Behind Fear Mongering Billboard Resign From Board of Emerge Tennessee?”