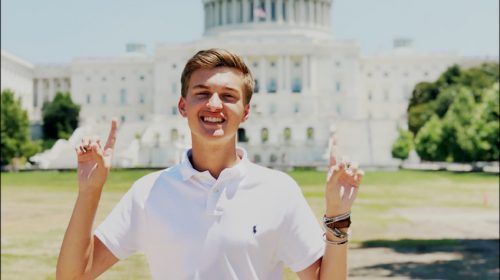 The rising senior at Lincoln County High School was at the Capitol in Washington, D.C. just as Vice President Mike Pence escorted Supreme Court nominee Judge Brett Kavanaugh through the hallways as he began his visits with the United States senators who will be voting up or down on whether to confirm him this fall.

Moran won an all expenses paid round trip visit to Washington, D.C. for himself and his mother when he finished in first place in the April 2018 Tennessee Star Constitution Bee, sponsored by the Polk Foundation.

“I cannot begin to express the excitement I have had just in the first day in D.C.,” Moran told The Tennessee Star in an email Tuesday night.

“When going on a tour of the Capitol building, I got to see Vice President Pence walk through with the new SCOTUS appointee Brett Kavanaugh!” he added. 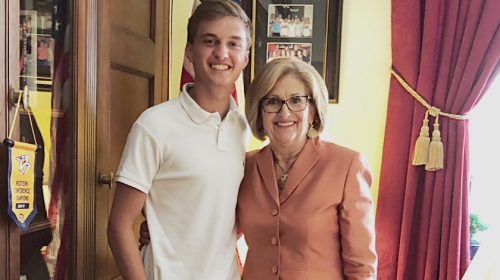 Moran also met with Rep. Diane Black (R-TN-06) in her Capitol Hill office on Tuesday, and is scheduled to meet with Rep. Marsha Blackburn (R-TN-07) later in his visit to Washington, D.C. this week.

As the winner of the April 2018 Tennessee Star Constitution Bee, Moran also received a $3,000 check as the first recipient of the Andrew Woodfin Miller Foundation Scholarship, which was provided through a donation to the Polk Foundation. 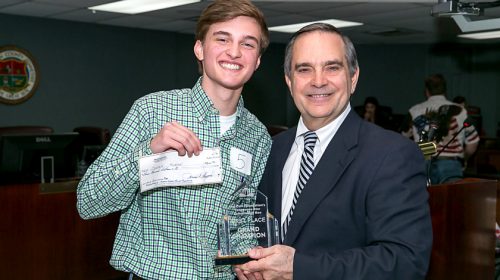 The Tennessee Star is inviting all high schools in the state to submit bids to host this year’s event. The deadline for consideration to be a host is August 15, with the announcement of the host location to come the following week. Teachers, parents, and administrators who are interested in submitting a bid on behalf of their schools can contact The Star here.

The first place winner will receive a free trip to Washington, D.C. (air fare and lodging) for themselves and a parent, as well as a $3,000 college scholarship. In addition, prizes will be awarded this year to the second and third place finishers.

The questions will be based on the book, The Tennessee Star Guide to the Constitution and the Bill of Rights for Secondary School Students, which is available free of charge to any student or teacher in the state. You can request your copy here.