When I first heard Kalie Shorr, it was on Sirius XM’s The Highway in 2016.  Fight Like a Girl was a gutsy song by a cute girl who was trying to navigate the murky waters of country music in Nashville.  But when I sat down to speak to her, as is so often the case, I found out there was so much more to Kalie Shorr, a lot more.

Kalie Shorr literally wrote her first song when she was just seven years old.  By thirteen, she was highly influenced by pop, rock and country and begin posting cover songs on the popular app, YouTube.  Since Kalie lived in Maine at the time, it was the only way she could get her music out there.  “I always wanted to be in Nashville and it gave me an opportunity to reach Nashville without actually being there.”  She received validation from viewers that this was something she should be doing.  The door opened in 2010 when Kalie was 16. 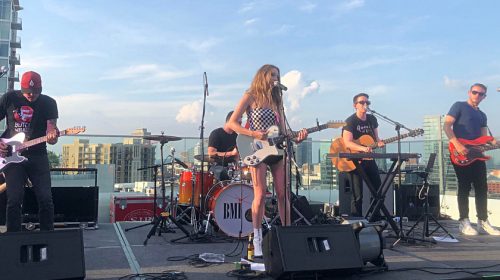 Blogger Perez Hilton, noticed her on YouTube.  He paid for her first official recordings and her initial trip to Nashville.  “[Perez Hilton] introduced me to a lot of people that I needed to know and gave me the first step into it which allowed me to realize that this was what I wanted to do.”   Growing up in the early 2000’s was big for women in country music.  Hitmakers such as Shania Twain, Faith Hill, and the Dixie Chicks were on all the airways and that provided Kalie with the inspiration to pursue country as opposed to rock or even pop.  “I loved the story-telling and the guitars and the crazy drums and all the amazing stuff that happened in the late 1990’s/early 2000’s in rock music, but the vocal and the lyric in country music was the important thing to me, and what drew me there was the songs that I was hearing from women in country music.”

Kalie Shorr, now 24, was raised by a single mom.  When she was 19, her mother fully supported her when she decided to move to Nashville instead of going to college like her friends did.  Just as many others who move to Nashville, Kalie worked multiple jobs while pursuing her dreams.  Kalie basically knew no one until she met a group of female musicians called the Song Suffragettes who wrote and performed their own songs in Nashville’s famed Listening Room on Monday nights. When she found the Suffragettes, she “immediately found [her] community and friends and people to collaborate with.” States Kalie, “I don’t even want to want to think what my journey would be like without them.  They have helped me grow so much as a performer by getting comfortable on stage, getting better at guitar and finding people to co-write with.  It made me a better woman too and made me aware of how important it is to support other girls and not be catty and reinforce those stereotypes.   Kalie told me about watching the Golden Globes with friends when the “Me Too” movement was at its apex. “We watched in solidarity with all the women in Hollywood and we (the Song Suffragettes) were so impacted by it that we wrote a song, Times Up.  There were 23 girls who help to write, sing and produce this powerful song.  States YouTube viewer Allison Deyette, “Phenomenal! Talented women coming together to create a beautiful song expressing change and strength.” 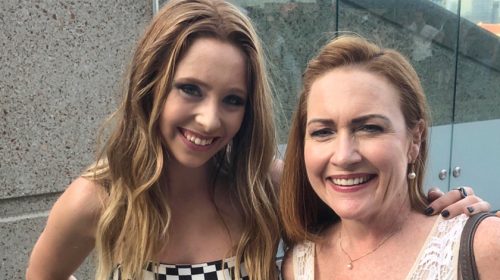 However one of Kalie biggest breaks came as she was singing at the Listening Room and one of Sirius XM’s the Highway interns heard her sing. The Highway called and asked if they could play her song.  “I’ll have to think about it,” she joked.  Being a “Highway Find” and having Fight Like a Girl get world-wide exposure was “the only thing that has gone easily for my music career.  It was a game changer for me which led to me signing with a publishing deal.” That, in turn, led to her working with the famed 117 Entertainment Group and touring with CMT’s Next Women of Country earlier this year. She also recently named one of Taste of Country’s “Hottest Artist Under 25.”

With songs like Two Hands, He’s Not That Into You and her newly released single, Candy, Kalie Shorr’s songs are heartfelt with thought-provoking lyrics that will certainly resonate with the younger crowd. However, she admits that there has been backlash from those are hesitant to embrace the newer side of country music. “Honestly, I get it,” admits Kalie.  “Anyone who has made waves in country music from Sam Hunt to Dolly Parton and Charlie Daniels’ Band has been accused of being too pop because they push the genre forward. She feels that “people will get on board.  I made a choice at age 13 to embrace country music.” And country music is where she plans to stay.

On Tuesday night, Kalie Shorr played at BMI Nashville‘s famed rooftop along with one of country music’s newest star, Morgan Wallen.  Although their music is at opposite ends of the country music spectrum, Kalie’s talent and desire were evident as she sang the songs that she wrote with conviction and honesty.  After seeing her live performance, there is no doubt this Kalie Shorr going somewhere.  Make way for the next Taylor Swift.

Bethany Bowman is an entertainment writer for Tennessee Star who lives in Nashville, TN.