Commerce Secretary Wilbur Ross is using resources in his department to ensure that California firefighters are armed with enough water to fight wildfires scorching the state.

Ross ordered the National Oceanic and Atmospheric Administration and other federal agencies to prioritize water use for fighting fires over previously arranged agreements. Ross also ensured that, consistent with the Endangered Species Act (ESA), marine habitats housing vulnerable plants and animals would not be unduly drained.

“The California wildfires are a direct threat to life and property and all measures available must be taken to protect both,” Ross said in a statement. “Public safety is the first priority. Consistent with the emergency consultation provisions under the ESA, Federal agencies may use any water as necessary to protect life and property in the affected areas.”

The Mendocino Complex Fire burning in Northern California has devoured more than 300,000 acres and is significantly larger than any other fire ever recorded to burn in California, USA Today reported. 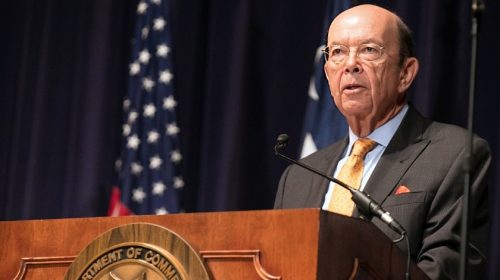 California disputed the claim, saying the state and its emergency personnel have “no shortage of water supplies” to fight fires without depleting habitat for endangered species, such as the delta smelt that relies on California deltas fed by rivers to survive, according to The Washington Post.

California’s water policies have been a target of Trump before. The Department of the Interior proposed backing off Endangered Species Act standards to divert more water from rivers in California to farmers instead of flowing out to the Pacific Ocean.

Trump’s claim about a lack of water making fires worse has garnered backlash from environmentalists who see Trump as trying to use the wildfires as an excuse to pressure California Gov. Jerry Brown, a Democrat, on water policy.

“Despite the president’s tweet, there’s zero connection between the fires and the amount of water that is available to fight them,” Pacific Institute founder and hydrologist Peter Gleick told WaPo. “And yet all of the sudden, now the federal agencies are starting to actually implement policies based on this completely false idea that will end up rolling back federal environmental protections. It’s weaponizing an ignorant tweet from the president.”