NASHVILLE, Tennessee–Tennessee U.S. Senate Republican candidate Marsha Blackburn (R-TN-07) said, if elected, she’ll vote to appoint federal judges based on whether they abide by what’s in the U.S. Constitution. 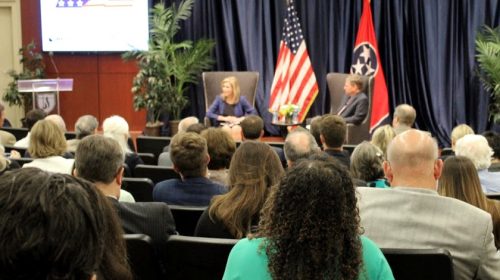 Her opponent, Democrat Phil Bredesen, said voting to appoint a judge really boils down to his or her qualifications and temperament.

When it comes to the debate over health insurance and Obamacare, Blackburn said she wants laws changed to allow Tennesseans to buy health insurance across state lines. That would create more competition and lower costs.

Bredesen, when pressed for his opinion on the matter, said he favors Medicaid expansion in Tennessee.

These were among some of the insights members of the Tennessee business community could glean from both candidates at a forum Wednesday at Lipscomb University in Nashville.

The Tennessee chapter of the National Federation of Independent Business sponsored the event, along with the Tennessee Business Roundtable, and the Tennessee Chamber of Commerce & Industry. 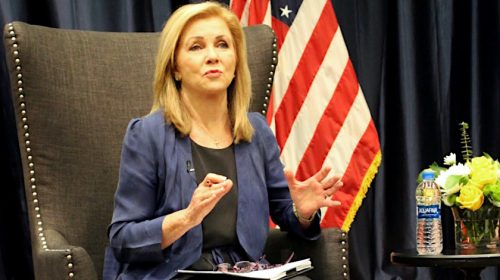 Per the rules, both candidates spoke separately, and neither of them could discuss their opponent.

In her opening remarks, Blackburn told the audience the U.S. Chamber of Commerce endorses her candidacy.

“They feel I will bring the best ideas. I will help remove the obstacles to doing business,” Blackburn said.

Blackburn said she is not a fan of tariffs, and she favors free trade.

“I understand Trump’s goal is to get free and fair trade,” Blackburn said.

“I fully appreciate that China has had a trade war on us for decades, and we have lost jobs because of this and we have to address this — but that short term impact is something that causes me some heartburn.”

According to Reason.com, under that proposed law, Congress would have to approve every new federal regulation that costs more than $100 million. Executive branch agencies currently can pass those rules unilaterally. 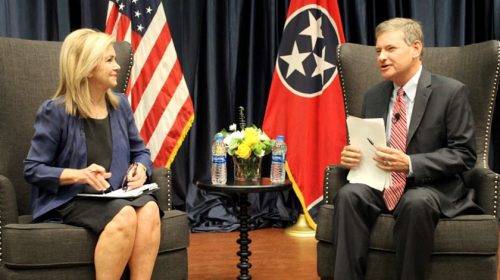 “Even though those major rules account for only 3 percent of annual regulations, they are the ones that cause the most headaches for individuals and businesses,” according to Reason.

Blackburn said many people in business want the proposal passed into law.

“Many of you in this room have called me and talked about why we need to support the REINS Act and take that responsibility back from these federal bureaucrats that make your lives miserable,” Blackburn said.

“This is a way to get the government off your back and out of your pocket book and reduce your compliance costs.”

When asked how much sway the Republican leadership in Washington D.C. might have over her, Blackburn told audience members she’s already challenged President Donald Trump for spending too much money.

For his part, Bredesen said he prefers to handle trade disputes with polite trade agreements. He described his tenure as governor of Tennessee as “very non-ideological.” 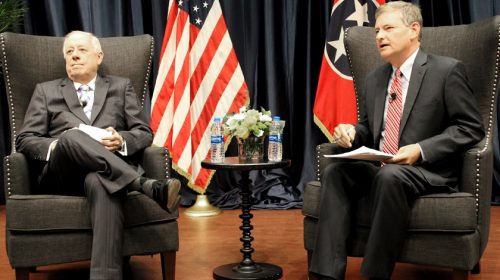 “I’m a Democrat and most of you in the room are not,” Bredesen said.

“I don’t believe if Chuck Schumer gets mad at me that I will go to hell.”

Toward that end, he said he didn’t approve of the way Democrats railroaded Obamacare through Congress nine years ago.

“We are reaping the results of that right now,” Bredesen said.

“But you never get these things right the first time. That was the case with Social Security and Medicare and it’s certainly the case with the Affordable Care Act. You have to fix the things that are wrong with them.” 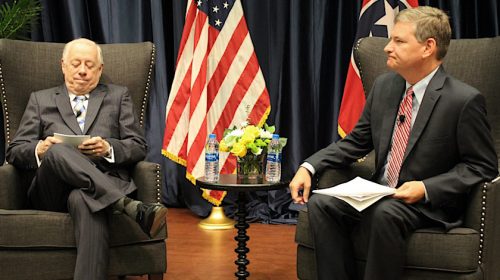 “You can’t run for president as a Republican without promising to repeal this law. Also, I do believe in Medicaid expansion.”

In 2014, the Beacon Center of Tennessee released a report stating Medicaid expansion would kill more than 67,000 private sector jobs in the state.

The report also said expanding the service would undo whatever economic progress Tennessee has made since the national economy almost collapsed in 2008.

Speaking to the audience of business officials, Bredesen touted his own business credentials.

“Since I left the governor’s office I started Silicon Ranch, and it has grown to be a big successful company. I think I know how this works.”

As The Tennessee Star reported in May, Silicon Ranch has a history of ethics problems.

In 2010, before he left the governor’s seat, Bredesen had to report about his role at Silicon Ranch to the Tennessee Ethics Commission. Bredesen has a personal interest in a company that benefits from policies he enacted as governor. 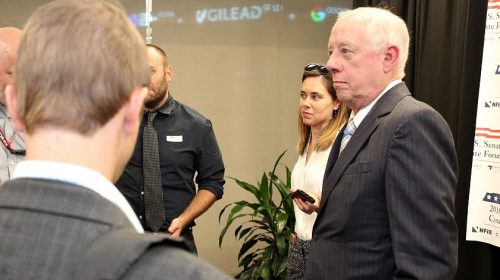 Bredesen, however, only made the disclosure because the Tennessean newspaper revealed Bredesen’s involvement in the company five days prior.

“One can argue that Bredesen’s personal interest in Silicon Ranch may violate the state’s Guiding Principles of Ethical Conduct for Public Officials because of conflict of interest issues, or at least the appearance of them,” according to the website.

Also in 2010, Silicon Ranch subleased office space from Pathway Lending, a company that had economic development interests with the state while Bredesen was governor.

“Such involvement on the governor’s part might serve as additional violations of the state’s Guiding Principles of Ethical Conduct for State Officials,” according to the 2010 Tennessee Watchdog article.