The political world is waiting with bated breath for the outcome of Paul Manafort’s trial. The former one-time Trump campaign chairman is being prosecuted by Special Counsel Robert Mueller for various tax and bank fraud crimes, most of which occurred over a decade ago. Manafort is also facing charges in the District of Columbia for Foreign Agent Registration Act violations. In total, Manafort is looking at more than three centuries behind bars.

Many recall Mueller was appointed to investigate Russian election interference and if the Trump campaign colluded. Yet for some unknown reason, Mueller is vigorously pursuing Manafort even though none of the charges in Virginia or D.C. have nothing to do with Russia or the 2016 election. 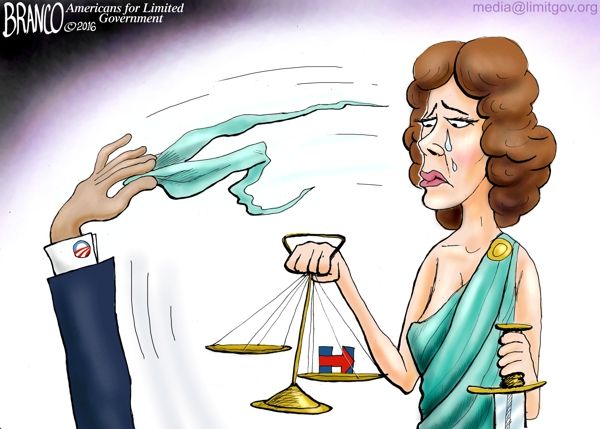 Despite being on trial for nothing to do with Russia or the election by someone that is supposed to be investigating Russia and the election, Manafort is likely to spend more time in prison than rapists or murderers. Is that justice?

The mainstream media has reported authorities raided a compound last week in New Mexico and found malnourished children. But what really happened is much more sinister, and the actions of a local judge have called into question what the word “justice” means.

Siraj Wahhaj and his relatives, sisters Hujrah Wahhaj and Subhannah Wahhaj, his partner Jany Leveille, and brother-in-law Lucas Morten were taken into custody with 11 children after law enforcement raided their compound.

The children found to be in horrible living conditions and malnourished. What is more disturbing is according to one of the boys, he was taught to fire a rifle in preparation for a school shooting. The information takes the case well beyond child abuse. The case now takes a turn into possible terrorism.

On top of all that, a child’s remains have been discovered on the compound also. It is believed the body belongs to 3-year-old Abdul-Ghani Wahhaj, son of Siraj Wahhaj. Siraj is already wanted for kidnapping the child in Georgia.

That makes the other four adults released accessories to that crime. So we have multiple counts of child abuse, possible terrorism charges, and accessories to kidnapping, surely the judge is going to keep the adults behind bars until the situation can be fully investigated.

That didn’t happen. Despite the danger posed to the children and the community, a judge granted bail with only a $20,000 bond. How does this happen?

Another miscarriage of justice took place in California last week. At a free speech rally in Berkeley on April 15, 2017. Unfortunately, like all public gatherings involving Antifa violence broke out. In an effort to suppress speech they disagree with, Antifa members attacked.

One of the violent thugs was a former Diablo Valley College professor, Eric Clanton. Clanton was captured on video smashing an individual on top of the head with a heavy-duty bicycle lock. The kind of lock with sharp edges that bolt cutters cannot cut. The individual struck immediately went down, and blood poured from the wound on his head.

Clanton would assault seven more people in the head and neck regions with the bike lock according to Berkeley police. Make no mistake about it, Clanton committed multiple counts of assault with a deadly weapon.

Surely this type of behavior is not tolerated in California, right?

And you would be wrong. It is tolerated, and after the “punishment” handed down, it may encourage more violence. Despite having video evidence, the weapon, and the clothing used in the assaults, Clanton was allowed to plead guilty to misdemeanor battery, only getting probation. Clanton will have served a whopping four days in jail for multiple attempts to cave people’s skulls in.

How can the Justice Department sit on the sidelines when the State of California is going to allow the violation of civil rights? Yes, beating someone over the head with a deadly weapon to silence them is a violation of that person’s civil rights.

There is a problem with the U.S. justice system. Clearly, politics is playing a role when justice is supposed to be blind. How can someone that attempted to cave multiple people’s skull in and people involved in planning and training school shootings be on the streets, but Paul Manafort is such a danger to society he must be locked up in solitary confinement and potentially sentenced to hundreds of years in prison?

The U.S. justice system must get out of the business of politics before it finds itself completely untrusted by the majority of Americans.

Printus LeBlanc is the Legislative Director at Americans for Limited Government.

One Thought to “The Double Standard of Justice in the U.S. Is Risking the Collapse of the Entire System”