ADAMS, Tennessee–Democrats nationwide are interested in the Volunteer State right now, and it has everything to do with advancing the liberal progressive agenda, U.S. Senate Republican candidate Marsha Blackburn told a crowd in Adams Friday night. 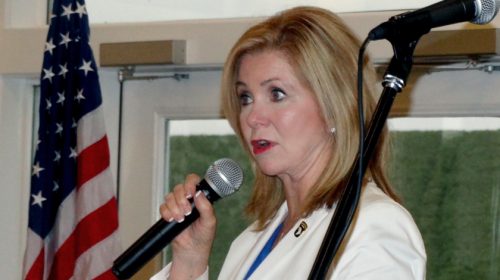 “Chuck Schumer has said Phil Bredesen is his number one recruit,” Blackburn told the crowd of about 200 people.

If Chuck Schumer is majority leader, and the Democrats control the U.S. Senate, then hard-core leftists will control many committee chairs, Blackburn said.

“That is the end of all these conservative judges and Supreme Court justices,” Blackburn said.

President Donald Trump has thus far appointed one-seventh of the members of our federal judiciary. Those people are Constitutionalists who serve on the federal bench and the U.S. Supreme court, Blackburn said. These people, she went on, “do not try to legislate from the bench.” 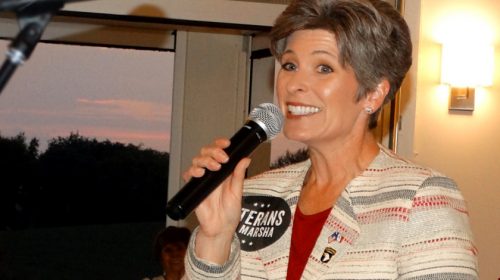 Under Chuck Schumer’s leadership, U.S. Sen. Elizabeth Warren of Massachusetts is the new head of the Senate Finance Committee. Warren has already said she will take away tax cuts, Blackburn said.

U.S. Sen. Joni Ernst of Iowa also spoke at Friday night’s event and told the crowd that America, under Republican Party leadership in Congress, now has taxes that are the lowest in 31 years.

“Also, this is the strongest economy we’ve had in 18 years,” Ernst said.