Facebook has set itself up as the final arbiter of what is news and what is not, what is real and what is fake, a virtual referee with the power to promote certain articles while sending others down the memory hole, never to be seen by the reading public.

But it is only the providers of conservative news who are unhappy with Facebook’s new extreme vetting process, launched in reaction to accusations that its site was used by the Russians to influence the 2016 presidential elections.

By early Thursday afternoon, all three of those articles mysteriously reappeared on The Tennessee Star Facebook page, along with four other articles that had also been removed early Thursday.

One can only surmise that it took that amount of time for Facebook fact-checkers to pore over the stories with a fine-toothed comb, looking for erroneous information. When everything proved accurate, the Facebook gods allowed these articles to reappear on the social-media site. 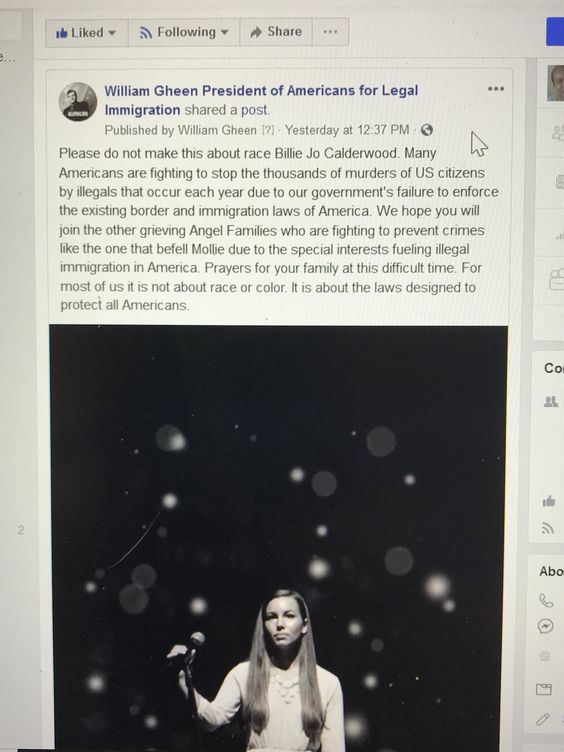 ALIPAC, a conservative group that lobbies for strong borders, experienced an even more dire fate this week when its president, William Gheen, made a post about the death of young Mollie Tibbetts, an Iowa college student who was allegedly raped and killed by an illegal alien.

Facebook suspended Gheen’s account for 24 hours, accusing him of posting “hate speech.” His post merely stated that Americans should not bring race into the tragic case of Mollie Tibbetts but should be concerned that existing immigration laws and borders are not being enforced.

After re-activating ALIPAC’s account, Facebook apologized to Gheen, saying “Our team processes millions of reports each week, and sometimes we get things wrong. We are sorry this happened.”

That message would indicate that someone “reported” Gheen to the Facebook police, and Facebook went to work to investigate if he had violated any of its rules.

In another case, the Hagmann Report, a popular YouTube news channel run by the father-and-son team of Doug and Joe Hagmann, was notified by the Google-owned YouTube this week that their account had been suspended for 30 days.

On Friday the Hagmanns posted a message on their website that read:

“Doug and Joe Hagmann cover the latest news starting with the YouTube censorship of our show as well as the Soros plan to take over the media and punish conservative content.”

JihadWatch.org editor Robert Spencer says he has lost two-thirds of his Facebook referrals over the last year, thanks to Facebook censorship. 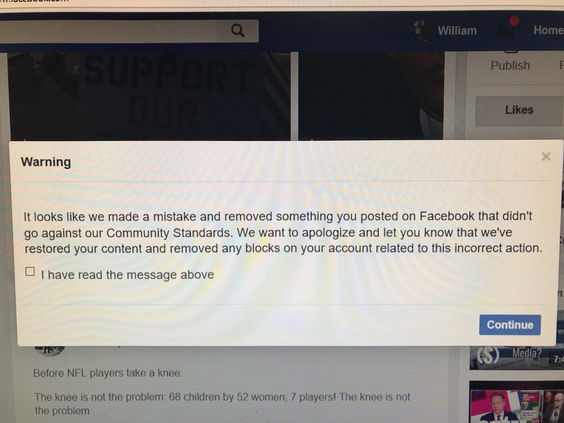 If a mainstream news outlet, say CNN or the New York Times, were falsely accused of posting hate speech by a conservative social-media user, would it be taken seriously and removed for a razor-sharp inspection of the facts as presented?

This type of knee-jerk reaction, suspending accounts and pulling posts by conservative sites only to restore them hours or days later, puts conservative news outlets at a competitive disadvantage in the marketplace of ideas, especially if the article being yanked for inspection contains time-sensitive breaking news.

According to a Pew Research Center study in 2017, two-thirds of Americans now get at least some of their news from social-media giants Facebook, Twitter and Google-YouTube.

The three articles critical of Phil Bredesen that Facebook did not want its users to read on Thursday morning are these:

Zuckerberg, like Bredesen, is Harvard educated and grew up in New York.

According to reports Friday, the meddling of tech giants in the news business will only get worse as the midterm elections draw near.

According to Buzzfeed, representatives from the biggest tech companies, including Facebook, Google, Microsoft, Snapchat and Twitter, got together at a secret meeting Friday to share their tactics in preparation for the 2018 midterm elections.

“As I’ve mentioned to several of you over the last few weeks, we have been looking to schedule a follow-on discussion to our industry conversation about information operations, election protection, and the work we are all doing to tackle these challenges,” Gleicher wrote in an email obtained by Buzzfeed.

The idea that Big Tech is taking it upon itself to “protect” Americans from news seen as inappropriate is a scary proposition to many conservatives like Patrick Wood, who runs the website Technocracy News and Trends.

“Technocrats do very little in public because they have little regard for the political process or politicians,” Wood writes. “This is likely not the first such secret meeting as evidenced by the apparent collusion to censor certain alternative media at the same time [they are preparing for midterm elections].”

Facebook’s definition of what is “hate speech,” or what is legitimate news and what is fake, is colored by its particular view of the world. In other words, it is subjective, not objective.

So, let’s take a look at some of the causes its founders and top officers have backed over the years.

Facebook co-founder Dustin Moskovitz, who still owns a significant chunk of Facebook stock with 48 million class B shares, donated $1 million to the Senate Majority PAC, which is dumping hundreds of millions into Democratic senatorial candidates running in the 2018 midterms.  Moskowitz, who in 2011 became the world’s youngest self-made billionaire at age 27, also was the third-largest donor to Hillary Clinton’s 2016 presidential campaign, to which he shoveled $20 million.

After California Gov. Jerry Brown signed off on a state budget that gives $45 million in taxpayer funds to immigration lawyers, Zuckerberg’s FWD.us announced it was “heartened” by the plan.

“FWD.us commends Governor Jerry Brown, the State Legislature and organizations like the California Immigrant Policy Center and California Immigrant Youth Justice Alliance who have worked tirelessly to uphold our shared American values and protect the rights of all Californians with this funding in the State Budget, which will provide access to legal aid for immigrants who are detained or tried in court,” FWD.us Todd Schulte said in a statement.

According to the prospectus for FWD.us, there are three reasons why “people in tech” can be organized into “one of the most powerful political forces.”

“1: We control massive distribution channels, both as companies and individuals. We saw the tip of the iceberg with SOPA/PIPA.

“2: “Our voice carries a lot of weight because we are broadly popular with Americans.

“3. We have individuals with a lot of money. If deployed properly this can have huge influence in the current campaign finance environment.”

Among the qualities “we uniquely bring to this fight,” the prospectus says Zuckerberg’s group is the “only well-funded bipartisan pro-reform group” in the battle to open the borders and make sure illegals get an easy “path to citizenship.”

“We have assembled the best people and most funding on this issue, and will win by focusing our activity in the districts of key members of Congress and senators,” the prospectus reads.

In April, Zuckerberg tweeted support for two open-borders organizations, Texas Civil Rights Project and RAICES, saying they are “doing a great job helping families at the US border get legal advice and translation services, as well as documenting what is happening on the ground to make sure these stories are shared. I’ve donated to them and I encourage you to as well. We need to stop this policy right now.”

After Islamic terror attacks against Paris and San Bernardino, Zuckerberg posted on his Facebook wall on Dec. 9, 2015, saying he wants “to add my voice in support of Muslims in our community and around the world.” The statement also said Muslims are “always welcome” on Facebook, and that his position was a result of the fact that “as a Jew, my parents taught me that we must stand up against attacks on all communities.”

Such statements leave many conservatives wondering what they have done that makes Zuckerberg want to shut them out of his social-media world.