Officials with the ride-sharing app Lyft, which has a presence in Tennessee, and whose politics lean heavily left, announced they will offer free rides to the polls this election day.

But the only people allowed to take advantage of those rides live in what Lyft officials refer to as “underserved areas.”

Everyone else, however, gets 50 percent off rides to the polls that day.

The Tennessee Star asked Lyft officials Monday if this is their attempt to help elect more local, state and federal Democrats this fall. 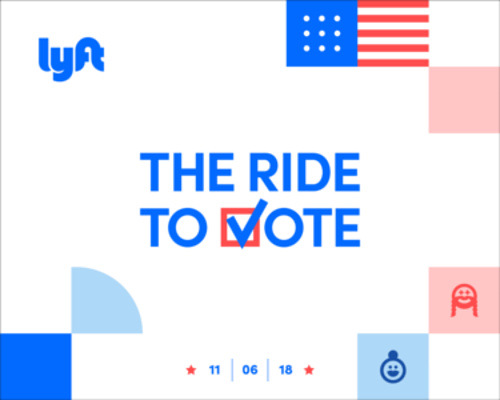 Among them — pay equity, refugees, and immigrants.

“Ensuring everyone’s voice is heard in the election, no matter which side they’re on, is very important to us,” Margolis said.

“That’s why we are extending discount codes across the country – no matter which state, city, demographic, or political preference.”

According to Clarksville Now, more than 15 million people were registered to vote in 2016, but they didn’t do so because of transportation issues.

“In Montgomery County during the 2016 Presidential race, just under 54 percent of eligible voters cast ballots in the election, though it’s not known how many non-voters had transportation issues,” the paper reported.

According to The Free Beacon, Lyft officials have taken a strong stance against President Donald Trump.

“Lyft has positioned itself as an anti-Trump company by donating to the ACLU, which put out a ‘7-point plan of action’ to oppose Trump and has kept up a ‘Trump transition watch’ since the election,” the website reported.

The Free Beacon then called out the politics of Lyft’s co-founder and CEO John Zimmer.

Lyft officials also announced earlier this year they would offer free rides to students attending the March for Our Lives rally against gun violence, held in different cities nationwide.

According to The Atlantic, Zimmer also scorched Trump for his executive order restricting immigration from seven Muslim countries and barring all Syrian refugees indefinitely.