The 15th Amendment to the U.S. Constitution, which granted freed former male slaves and any adult male citizen the right to vote,  was ratified by the requisite three-fourths of all states and added to the Constitution in 1870.  At the time there were 37 states, and when the 28th state ratified the amendment in February, 1870, the three-fourths standard was met.

Tennessee was not among those 28 states. In fact, Tennessee did not get around to ratifying the 15th Amendment until more than 100 years later, in 1997.

Here is that story:

During the Reconstruction period in the American South, in the aftermath of the Civil War, three individual amendments were incorporated into the U.S. Constitution – each separated in succession by only a few years – pursuant to that document’s Article V.

This trifecta ended a dry spell of more than 60 years of no amendments at all finding their way into the federal Constitution.

The 13th Amendment, ending slavery, was adopted in 1865.  The 14th Amendment, defining citizenship status, came along in 1868 (although there is some question as to whether its ratification process was 100 percent strictly by-the-book).  And the 15th Amendment, granting to former male slaves – and, indeed, to any adult male citizen regardless of his race – the right to vote, arrived in 1870. 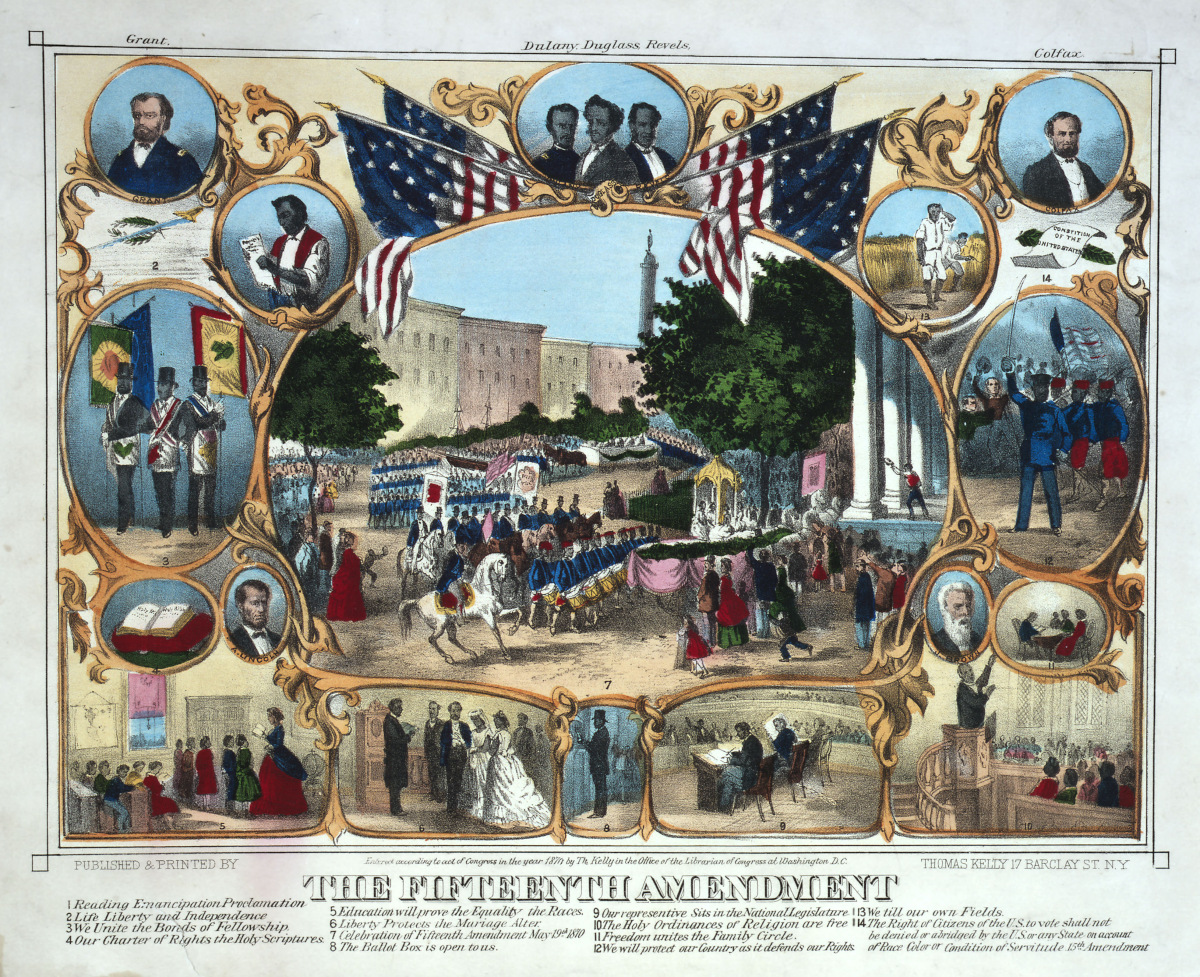 Generally, Reconstruction-era Congressional Republicans were sternly insistent that states which had been part of the Confederacy were to ratify all three of these federal constitutional amendments in order that such states be restored to full-strength voting representation in both houses of Congress.

It was irrelevant to the Congressional Republicans of that time whether the amendments had already attained the approval of the sufficient number of states to have accomplished a completed ratification — these early members of the recently-founded GOP wanted to make clear that if a state sought to be restored to representation in the U.S. Senate and in the U.S. House of Representatives, that state must approve the 13th, 14th and 15th amendments, even if such actions were technically what this author would call “post-ratification” of these amendments.

Some historians refer to this restoration of Congressional representation process as “re-admission” into the Union after a number of those states had earlier purported to secede from it.  Such terminology is curious given the U.S. Supreme Court’s ruling in the 1869 case of Texas v. White in which the High Court decreed that the Union is “perpetual” and “indissoluble” and that a state, once having entered into it, is never free to subsequently depart from it — but be that as it may, states which putatively seceded from the Union were told that they had to do certain things in order to be “re-admitted” into the Union.  (And, by the way, the Constitution is utterly silent as to whether a state may — or may not — secede from the Union; perhaps a fresher perspective awaits us if California actually goes through with any potential “Calexit” process).

There were some exceptions to this otherwise firm pre-requisite for a state’s “re-admission”.

Mississippi was not alone.

This author further verified, in 1996, with both the state government and the federal government, that Tennessee was restored to voting representation in the halls of Congress free of the encumbrance of assenting to the 15th Amendment.  As before, this author sent letters to every African-American member of the Tennessee Senate and to every African-American member of the Tennessee House of Representatives that year, apprising them of the fact that Tennessee’s imprimatur was missing from the 15th Amendment coupled with the fact that there had been a resolution adopted by Tennessee legislators in 1870 which pointedly denounced the 15th Amendment.

As with Mississippi, enclosed with each letter addressed to these select Tennessee lawmakers was a draft resolution tailored to Tennessee for introduction during Tennessee’s 1997 regular legislative session.

Responding to the 1996 correspondence was former State Representative Tommie F. Brown of Chattanooga.  She, along with several of her colleagues, filed House Joint Resolution No. 32 during the 100th Tennessee General Assembly.  On April 2, 1997, H.J.R. No. 32 was fully adopted, thus ceremonially post-ratifying the 15th Amendment on behalf of Tennessee and repealing the 1870 resolution of rejection.  By the conclusion of the process, all remaining members of the Tennessee Senate and Tennessee House of Representatives saw the wisdom of likewise adding their names as co-sponsors of H.J.R. No. 32, so as to give the resolution richly-deserved unanimity.

With his decade of work to gain the 27th Amendment’s incorporation into the U.S. Constitution, Gregory Watson of Texas is an internationally-recognized authority on the process by which the federal Constitution is amended.