NASHVILLE, Tennessee–Socialism is a less loving form of government than one that nurtures human creativity.

Building walls and teaching a nation to rebuild its faith and its culture is sometimes important.

Pansexuality or an anything goes culture shepherds no progress.

You won’t hear these things come out of the mouths of the trendy and the politically correct among us, but they are some of our most important Biblical truths. And the world suffers because it seems to have long forgotten those truths, said Kelly Kullberg with the American Association of Evangelicals.

AAE is a growing and informal coalition of Christian Americans who want to do three things.

One is get back to a Christ-centered Gospel. The second is to explore Biblical worldviews on many issues. The third is to stand up to Gospel opponents. 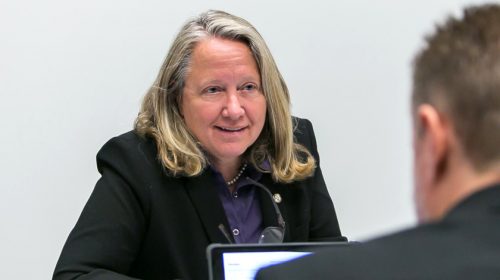 Kullberg was in Nashville this week and spoke with The Tennessee Star. She is most well-known for starting the Veritas Forum at Harvard University in 1992. Veritas has expanded to more than 200 universities and explores hard questions about the Bible and Jesus Christ.

“Politically correct people need to use their brains and their hearts and think about what causes suffering and what causes flourishing,” Kullberg said.

Before there was a Biblical view of marriage, Kullberg said, there were no moral guidelines.

“A covenant marriage was a breakout of actual progress. Solid families are the building blocks of a flourishing culture and always have been. It’s unloving to demoralize the formation of families,” Kullberg said.

“People were lifted out of poverty, polygamy, disease and loneliness. Children were protected from abuse and trafficking. Pansexuality is actually the old news. We need to take our words back, including love, justice and progress.”

What got us so far off track?

There’s another cause, she said.

“Some of us have traced the decline of the church to the funding of anti-Christian billionaires like George Soros’ open-society foundations and various progressively destructive foundations,” Kullberg said, citing groups who, for instance, protest U.S. Supreme Court nominee Brett Kavanaugh.

Is society past the point of no return and of going back to Godly principles?

Kullberg paused and chewed that one over a few seconds before she said the following:

“With God all things are possible.”