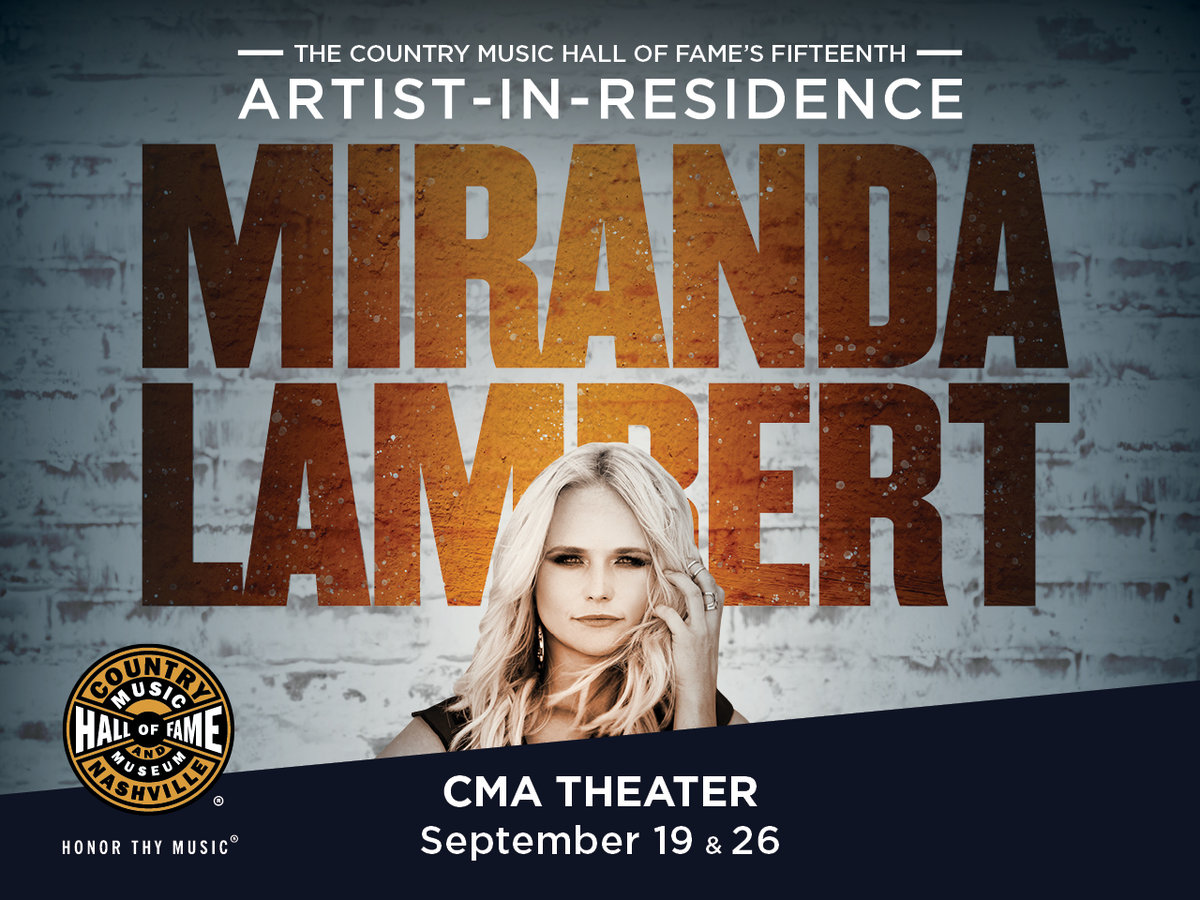 Nashville, Tennessee   On the first of two intimate performances, Miranda Lambert performed in the Country Music Hall of Fame’s (CMHOF) CMA 776 seat theater affectionally known as the Whiskey Barrel.  With a string of number one hits, Miranda Lambert is currently the most awarded female in country music history. CMHOF CEO Kyle Young relates, “We’re talking about someone who has been the CMA’s top female vocalist a record seven times, selling millions of albums and scoring hit after hit while retaining absolute artistic conviction and credibility. She writes her heart and sings her truth, and her truth resonates. We are honored that she is this museum’s 15th artist-in-residence, the latest in a line of greats that includes some of Miranda’s own musical heroes, like Guy Clark, Tom T. Hall, Kris Kristofferson, and Buddy Miller.”

As Lambert and her co-writer friends took the stage, this night was all about the songwriting.  When she was trying to figure out what would be “challenging and interesting” to her fans, she decided to do “The Ones That Got Away” which were all the songs that she loves, wrote and recorded that were never played on the radio. Lambert advised, ” I hope you have forgiving ears and also warn you that if you don’t like sad songs, you might want to go ahead and leave.”  Many of the songs sung had never been performed live until that first Tuesday night.

Lambert told fans that her very first co-writing partner was her father, Rick Lambert.  She said, “He wrote songs on his guitar and that’s how I learned. I love country music because I grew up in a house with him.”  She laughed as she told the first song they wrote together was a cheating song, Greyhound Bound for Nowhere which they affectionately sang together.

Another song she sang was Desperation written at age 21 before her Nashville Star fame.  She matter-of-factly stated, “It was about a broken heart.  I was heartbroken then, I am heartbroken now.  I guess it was kind of foreshadowing.” Another more known brokenhearted she penned and sang was the personal More Like Her. Besides being a prolific singer/songwriter, Lambert is known for her complicated personal life.

Renown songwriter/friend Natalie Hemby then joined Lambert on stage for a more light-hearted song, AirStream.  Lambert admits one of her weaknesses are camper trailers and especially the silver Air Stream.  This one was written together over the phone, Lambert related.  The duo also wrote and sang the number one hit White Liar which was one of the few hit songs performed that evening.

Besides having an unprecedented solo career, Lambert is part of a trio, Pistol Annies.  Another from the group, Ashley Monroe, joined Miranda where they sang my personal favorite, Heart Like Mine which they co-wrote in the early 2000’s on a porch in Gatlinburg, Tennessee.  They also performed the lesser known song they co-wrote, Me and Your Cigarettes.

Miranda Lambert invited her all-time favorite singer/songwriter, the more traditional country/folk singer, Allison Moorer to sing with her at the end of the performance.  Lambert wasn’t sure if Moorer would be able to join her but stated, “Today in sound check was the first time I ever sang with her.  I had my freakout moment then but I think I will be OK now.”  Moorer is most famously known for writing her song A Soft Place to Fall for Robert Redford’s critically acclaimed ‘The Horse Whisperer‘ in 1998, and she also appeared in the movie. 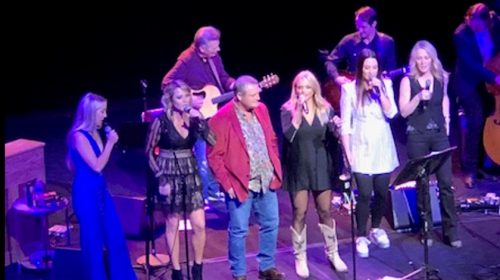 Moorer also wrote the endearing love song, Oklahoma Sky regarding Lambert’s romance with Blake Shelton. “The guy may be gone, but the song remains,” Moorer confidently stated.  Moorer bragged of Lambert, “Miranda is a badass and not living in a bubble at all. Fans have known what she was from the beginning.” She continued, “[Her] ability to write and sing and be who [she is] has been a pleasure to watch.”

Lambert then sang the raw, Dear Diamond, a deceptively poetic song about marrying a man you don’t love which was also reportedly written about Shelton.

The show ended with Lambert and Hemby singing the lighthearted Tomboy and then they all came back to sing the final unknown song, Wheels from her latest album, ‘The Weight of My Wings’.  Wheels was written in her dressing room with her backup singer, Gwen Sebastian and lead guitarist, Scotty Wray and is about “reminding me to keep on damn going. Sometimes you don’t want to, but you got to.”

In the end, Lambert graciously thanked the CMHOF for having her and letting her do something creative. “I feel like I’ve just been through three years of therapy so thank you for letting me sing all these songs.”

Lambert will do her final Artist-in-Residence show on September 26th to another sold-out show at the CMHOF CMA Theater.