The city of Hendersonville has four horses who work patrols for the police department, and the city’s board of aldermen want to use taxpayer money to buy a new stable to house them.

Yet the city’s board of aldermen want to use taxpayer money to construct a new stable on city-owned property.

Hendersonville Mayor Jamie Clary wants to rein them in. 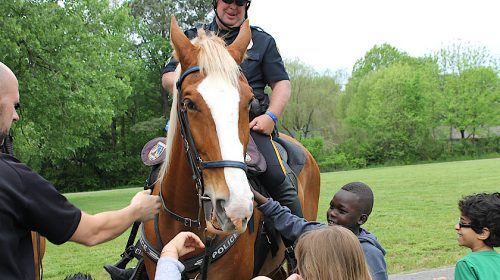 “Our city budget is just not in a good place,” Clary told The Star.

“Our recent budget has a $1.4 million deficit. That is from a budget that has more spending than revenue.”

When asked, Clary said the city went into deficit to hire more firefighters and police officers and to improve city-owned roads.

As mayor, Clary has no veto power. His vote carries the same weight as a member of the board of aldermen.

“I just run the day to day operations of the city, but the full board decides on the budget and the policies of the city,” Clary said.

Five of the city’s 12 board of aldermen told The Star Clary’s words are not accurate.

“Here is what I mean. When the bid came in it was very very high. But I don’t think board members will actually spend half a million dollars.”

Board member Steve Brown said he and other board members think a new horse stable is needed and it belongs on city property.

The horses mostly patrol the area’s parks and the surrounding areas, Clary said.