Blackburn also said voters have told her what they think of sexual assault allegations a California woman has made against him. U.S. senators hosted the woman during a Judiciary Committee meeting last week.

“They think this is a PR stunt by the Democrats. They look at this as character assassination, and they do see it as dirty politics,” Blackburn said Saturday at a Vanderbilt football tailgating event. 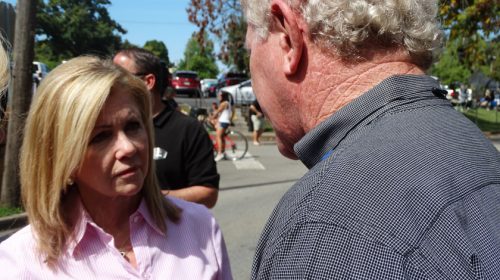 “They are looking at the Kavanaugh thing and thinking ‘I can’t imagine how I would feel if this was my brother, my dad, my son, my spouse. How would I feel when there’s an accuser who has no one that corroborates what she said?’”

“People see this as an issue of fairness,” Blackburn said.

They said last week’s Kavanaugh hearings in Washington, D.C. — and voters’ reactions to them — will influence this fall’s U.S. Senate election.

Tennessee Republican Party Chair Scott Golden, who attended Saturday’s event, told The Tennessee Star the hearings have “exposed the left and the right.” 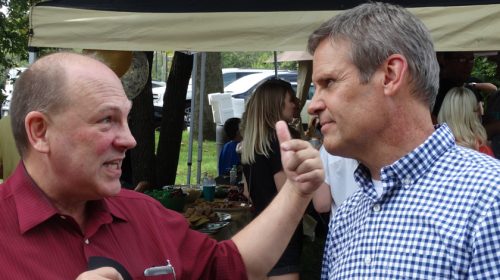 “There is a stark contrast on what Republicans and Democrats think.”

Bill Lee also attended Saturday’s event, although he was unavailable to speak to The Star.

As reported, Blackburn and the state GOP have called out Bredesen for not saying how he would vote on Kavanaugh if he were in the U.S. Senate.

Tennessee’s current Senators Lamar Alexander and Bob Corker have both said they will support Kavanaugh.

Bredesen has danced around the Kavanaugh issue for more than two months, saying he needs more time to consider whether he supports President Donald Trump’s selection, The Star reported earlier this month.