Phil Bredesen, the Democrats’ U.S. Senate candidate in Tennessee, who claimed recently he was “not with the Dems” on gun control, on Tuesday was in fact with the Dems in New York, including gun-control advocate billionaire Michael Bloomberg.

Video of the two men entering the venue separately is available here.

The Leader (of Covington, Tennessee) on Tuesday said, “Bredesen called himself ‘conservative’ with second amendment issues and said he is a life-long gun owner. …’I’m not with the Dems on that stuff,” The Tennessee Star reported Wednesday.

The Tennessee Republican Party said in a press release, “Actually, he is with them, raising money in New York with people who don’t respect law abiding gun owners’ rights. Make no mistake: Phil is bought and paid for by Chuck Schumer, Michael Bloomberg, and national Democrats.” 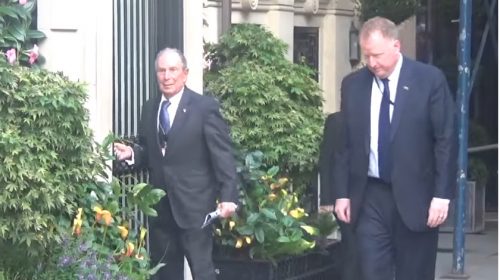 The Star first reported news of the fundraiser on Oct. 4. The event was billed to financiers as an opportunity to “join Mike Bloomberg for an evening in support of Governor Phil Bredesen.”

It is likely that Bloomberg is supporting Bredesen because he has a “D” rating from the National Rifle Association. The NRA has been calling for Bredesen to fix an ad in which he claims an “A” rating – which was from 2002 when he was governor.

“Phil Bredesen is a ‘D’ rated candidate, and he will not protect our constitutional rights in Washington, D.C.,” Chris W. Cox, chairman of the NRA’s Political Victory Fund, said in a statement. “Tennesseans should not be fooled by his false and misleading campaign ads.”

“It’s not 2002, you’re not governor and you’re not A-rated by the NRA,” Cox tweeted at Bredesen in response to the ad. “It’s 2018, you have earned a D rating for turning your back on self-defense and supporting the Hillary/Schumer/Bloomberg gun control agenda. @VoteMarsha is a 2A champion. You’re not.” 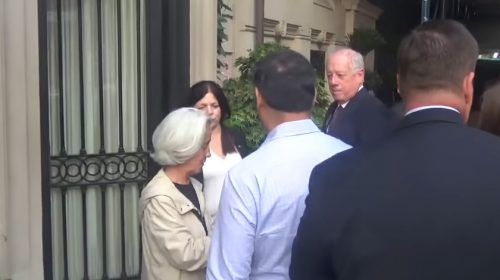 Bloomberg announced he would give $20 million to the Senate Majority PAC, which is dedicated to electing Democrats to the U.S. Senate and that is affiliated Minority Leader Chuck Schumer, CNBC said, as The Star reported when the fundraiser was announced.

In a Blackburn campaign ad, the president says, “Phil Bredesen was recruited by Schumer to run for the Senate. Bredesen donated a lot of money to Hillary Clinton. Crooked Hillary. Phil Bredesen supported her, and he supported her ideas. Phil, whatever the h—- his name is, this guy will 100 percent vote against us every single time.”

2 Thoughts to “Bredesen, Who Says He Is ‘Not With the Dems’ On Gun Control, Was with Gun Control Advocate Michael Bloomberg at Posh New York Fundraiser”