As President Donald Trump continues to push forward with campaign promises to rein in out-of-control immigration, one measure announced in September has the Open Borders activists and some business tycoons up in arms.

It is the so-called “public charge” regulatory change published last week in the Federal Register by the US Citizenship and Immigration (ICE) of the Department of Homeland Security (DHS).

Simply, ‘public charge’ is a very old idea that basically says immigrants shouldn’t be coming to America for welfare benefits. 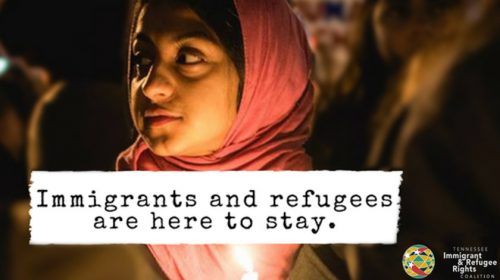 The Trump administration, understanding that the US cannot have open borders and a generous welfare state, wants to make it harder for immigrants already here, in some cases benefiting unfairly from taxpayers’ generosity, to move forward with permanent legal status.

Even before the official comment period opened some groups announced their opposition.

Two Tennessee pro-immigrant advocacy groups are part of a national campaign to stop the administration’s sweeping reforms of refugee and immigrant policy throughout the government.

The sweeping proposal targets immigrants by expanding a rule that has been in effect for decades. Previously, the “public charge” rule only denied green cards to people who were likely to receive cash assistance or institutionalized long-term care. The new proposal would dramatically broaden the rule to exclude some immigrants who participate in health insurance or nutrition programs for which they are eligible. The proposed rule would use family income to determine who gets a green card.

They recently joined over 1,500 other similar immigrant advocacy groups from across the nation in the launch of a Protecting Immigrant Families campaign against the proposed rule-making.  The signers are a veritable who’s who of the Open Borders movement in the US.

Their aim seems to be to flood ICE (DHS) with so many comments that the implementation of the change would be necessarily delayed while ICE reviews all comments, perhaps until the 2020 presidential campaign gets under way.

Although refugees and asylees are exempt from the provisions of the proposed regulations the Tennessee refugee advocacy group (TIRRC) is nonetheless urging its followers to comment.

Not surprisingly some big business political players, namely the Koch brothers who support activists on the political Left and the Right, have jumped in to the fray in support of more immigration to the US and in undisguised opposition to the Trump immigration agenda.

John Binder, writing at Breitbart, tells us this:

For the globalist Koch brothers and for others business interests such as those represented by the US Chamber of Commerce, the fear of a shortage of workers is the motivating factor for their political activism.

By making it more difficult to enter the US and at the same time restricting welfare use for immigrants already here, businesses just might have to raise wages to attract more American workers.

The President will likely find himself fired upon from both sides of the political spectrum on this one.

Anna Marie Bolton is a reporter for The Tennessee Star.

4 Thoughts to “Battle Heats Up Over Issue of Welfare for Immigrants, Billionaire Koch Brothers and Tennessee Immigrant Activists on the Same Side”