On Friday morning’s Tennessee Star Report with Steve Gill and Michael Patrick Leahy – broadcast on Nashville’s Talk Radio 98.3 and 1510 WLAC weekdays from 5:00 am to 8:00 am – Steve Gill talked with veteran grassroots activist Ben Cunningham and former State Sen. Mae Beavers regarding The Tennessean’s revisionist history and continuous cover up for ‘Fibber Phil’ Bredesen’s lies – in particular their dishonest misrepresentation in a story published Thursday on how the state income tax proposed by then-Gov. Don Sundquist was stopped.

Tennesseans who were living in Nashville at the time know the proposed income tax was stopped by a populist uprising led by state legislators Marsha Blackburn, Mae Beavers, and Diane Black, and talk radio hosts Steve Gill and Phil Valentine. 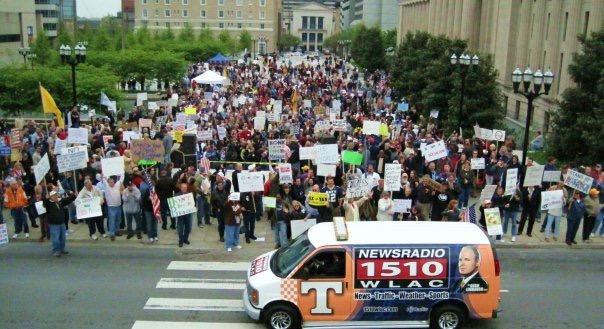 Gill, Cunningham, and Beavers also reflected upon the historic fight to keep a state income tax out of Tennessee.

Cunningham:  Absolutely – we definitely, no question, we would have had an income tax if people weren’t down there by the thousands, honking their horns, mad as hell.  They showed up and they stopped this thing.  Steve you probably remember the day, I remember it so clearly.  Ben West was walking across Legislative Plaza, and he walked up, I think you were there broadcasting and he walked up and he said, “Guys, this thing is going to pass.  This thing is about to pass, Naifeh has got the votes.”  He was convinced.  He was one of the few Democrats who was working against it.  But he was convinced at that point, and I think a lot of people were that Naifeh had the votes. 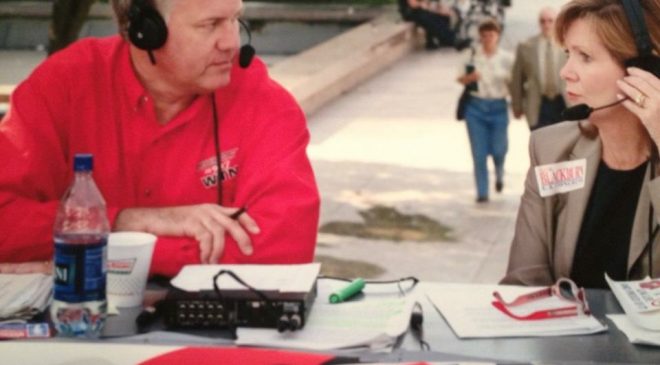 Cunningham:  Absolutely.  And for those people who don’t remember Jimmy Naifeh, who weren’t around at the time.  Jimmy Naifeh was kind of a combination of Boss Hogg and Joseph Stalin.  (Chuckles) This guy had been in power forever up there.  And he was doing everything he could to push this through and of course, he had our good Republican Governor, Don Sundquist who was pushing this thing too.  Who had turned against his base,  who had said I’m not going, the state of Tennessee, there’s that famous quote that we played, that you guys played over and over again.  We don’t need an income tax, and then he got into office and did a one-eighty degree and pushed it as hard as he could and Jimmy Naifeh was sitting up there as speaker of the house pushing it also.  This thing would have absolutely of gone through if thousands of Tennesseans hadn’t turned out and showed that they were absolutely against this.  And we know, we’ve seen other states that have implemented an income tax, it would have changed Tennessee completely as a state.  It would have given us high taxes, it would have given us bigger government, but the people of Tennessee came forward and with the help of Marsha Blackburn we stopped this thing.  And it is absolutely an insult to our intelligence to now come up here and say,  oh this didn’t have anything to do with it.  It had everything to do with it! 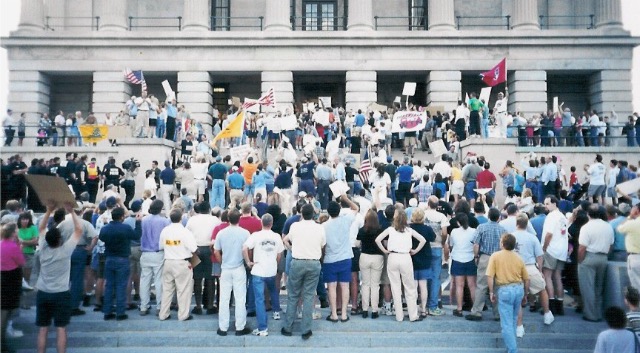 Gill: Ben Cunningham, thanks for your insights.  And again, Don Sundquist became a pariah, because of that.  You haven’t seen him in anything else.  Mae Beavers was also there. Mae, again The Tennessean and Phil Bredesen, now trying to re-write history.

Beavers:  Well, Steve, I was there.  I remember the income tax fight, I remember how it started.  No one was speaking out.  I remember that there actually Phil Valentine and I think he will remember this.  I called him up one day and I said, “What are you doing?  We don’t need a state income tax.” I took him a copy of the state budget.  He asked me to come on the radio the next day at four o’clock and I asked him if I could bring Marsha Blackburn with me.   And I showed up to the show the next day, she came in, and that kind of started the whole ball rolling.  We started talking about the waste of the budget and everything.  And let me say this.  When we killed this income tax, and we did kill it, you killed it, the protesters killed it in Tennessee.  After we did they said “Well we gotta have to have some more money”, you know because they had to prove they weren’t lying.  And so they voted for a sales tax increase, I voted against it because I said we don’t need it.  And I heard Phil Bredesen say at Cumberland, at the forum down there that he came into a deficit, he came into a mess, no he didn’t.  He came into a billion and a half excess when he came into office.

Gill:  Because they had raised the sales tax. And again Mae, keep in mind. These are the same folks, the same sort of folks who just raised our taxes three hundred million dollars a year on gasoline while we were sitting on a billion to two billion dollar surplus. They will always come after more of our money.  And they were going to use the income tax as a perpetual way to dig their hands deeper into our pockets.  Thanks for your leadership in helping to stop that and spread the word.  That again, the Bredesen team and The Tennessean as their press secretary trying to cover up and re-write history.