NASHVILLE, Tennessee— The state of Texas, at least Texas we know it today, likely wouldn’t exist were it not for the state of Tennessee and some of the people it produced.

The two states are inextricably linked to one another thanks to Tennessee resident Sam Houston, among others, FOX News host Brian Kilmeade told The Tennessee Star in an exclusive interview Sunday.

History matters, and Tennessee has had a huge impact. 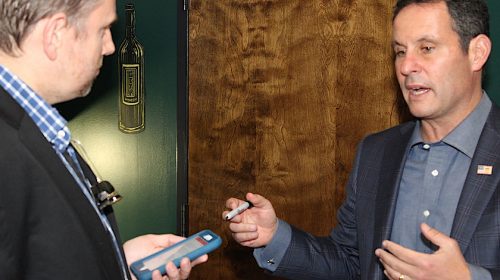 “I don’t know what’s in the water over here, but America doesn’t look the same without Tennessee,” Kilmeade said, referring not just to Houston but also to former U.S. President Andrew Jackson.

Kilmeade was at Nashville’s City Winery Sunday for two reasons.

The first was to promote the paperback edition of his most recent book, Andrew Jackson & The Miracle of New Orleans, scheduled for release Tuesday. He also spoke to a crowd as part of his America: Great From The Start speaking tour.

“I think Tennessee offers everything, and I think one of the most unique, underappreciated things from people on the outside is the great history that is on every block and every corner, not only in structures, but in the people,” Kilmeade said.

Kilmeade wrote a new afterward for the paperback. That afterward explores the effect Jackson’s presidency had on some of his successors. 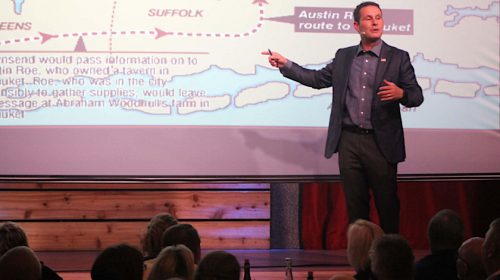 “So, I thought in the afterward, why don’t we get away from the politics and parties of today. Why don’t I tell you what other presidents thought of Jackson?”

“And they all find something in them they wanted to emulate in their own presidencies. They thought he was one of our greatest,” Kilmeade said.

Having already written about Jackson, Kilmeade is currently writing another book, this time about Sam Houston and how he avenged the battle of the Alamo. 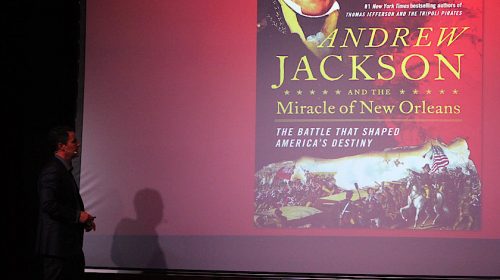 That book, Kilmeade said, is scheduled for release sometime next year.

“America would be a much better place if we understood our history. No one ever thinks America is perfect, but I always think we try to be,” Kilmeade said.

“People misinterpret the fact that we argue and we fight, all because we want to try to make our country better. I just worry the next generation doesn’t have the passion and knowledge and foundation of our history to truly appreciate how special we are. When you are born in America you hit the lotto.”

As part of the American creed of rugged individualism, Kilmeade later told an audience how he sometimes failed to do well at athletics growing up and how he struggled in his early media career.

But he said he kept trying, regardless. 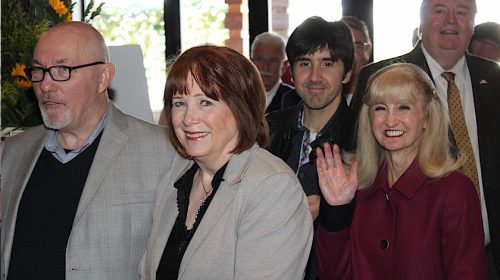 “There’s glory in effort. Because you really can’t control results. If you give your all and you focus and you don’t leave anything in the locker room, whatever you do you have to feel like winning because what’s this country is about.

“It gives you the opportunity to pursue success and happiness. It doesn’t guarantee results. We don’t want guarantees. We want opportunity, and we want many (opportunities) because sometimes they don’t pop up.”

“Yes, if Tennessee would have me,” Kilmeade told The Star.

“As long as I can get to walk down Broadway every Sunday and every Saturday night and sometimes on a Friday in Nashville then I’d say yes. I would learn the Titan’s roster as well as I do the Giants.’”