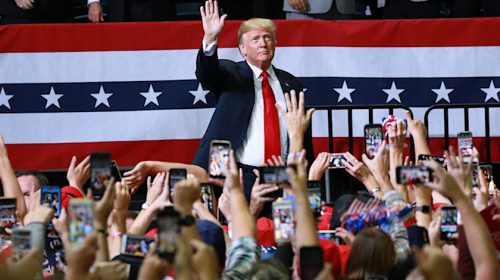 To emphasize his point, Trump asked Tennessee voters to elect Republican Marsha Blackburn to the U.S. Senate this coming Tuesday. 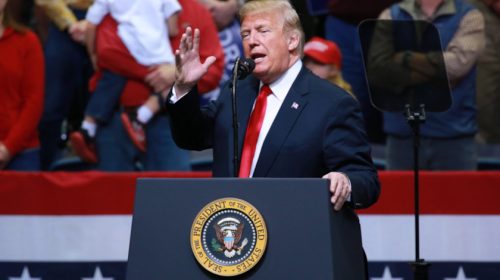 “I am asking every citizen from every party, every background, and every race, color and creed to reject the Democrat politics of anger and division and to unite behind our proud and righteous destiny as Americans,” Trump told the crowd.

This audience had not a single protestor. Trump had a passionate crowd in his favor. That prompted Trump to say, “there is an electricity in the air the likes of which you and I have not seen since the 2016 election.”

“As we speak the Democrats are openly encouraging millions of illegal immigrants to break our laws, destroy our nation in so many ways, and they want to sign them up for free welfare, free health care, free education and the right to vote,” Trump said.

“Illegal immigration costs our country more than $100 billion every single year. That is almost three times the entire state budget for Tennessee.” 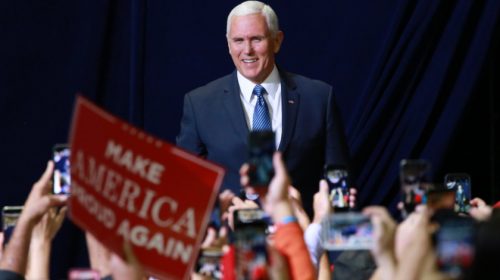 Pence urged Tennessee voters to pull the lever for Blackburn, saying a vote for Bredesen is “one more vote for Chuck Schumer’s direction of Capital Hill.”

“Finally, it’s a choice between resistance and results.”

Pence then introduced Trump as well as Country Music singer Lee Greenwood, who took to the stage and sang “God Bless the USA.” 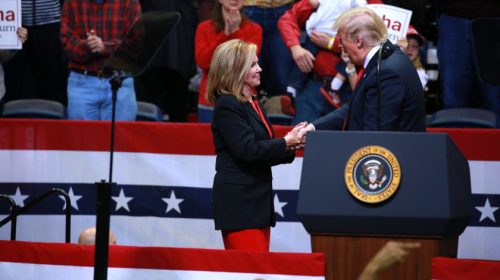 Trump touted a list of his administration’s accomplishments, including lifting 4.3 million people off food stamps and lowering unemployment to its lowest level in more than 50 years, among several other things.

“Republicans passed a massive tax cut for working families, and we will soon follow it up with another 10 percent tax cut for the middle class,” Trump told the crowd.

Blackburn also spoke at the rally.

“I think Tennesseans want a senator who will do exactly what she says she is going to do when she goes to Washington, D.C.,” Blackburn said, hinting Bredesen poses as something he is not — a moderate — to get elected. 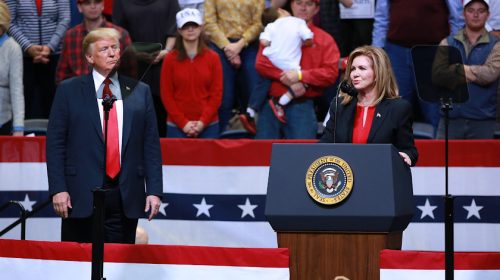 Some of the people waiting in line to hear Trump weren’t even eligible to vote for Blackburn. That’s because they came from only a few miles away, across the state line, in Georgia.

Conner Brown, of Dalton, Ga., who is 15 and unable to vote, regardless of where he lives, told The Tennessee Star many young people in his corner of the state lean right politically.

“Sure, we’ve got a couple of liberals over there that are odd ones out,” Brown said.

“But we don’t really socialize with them.” 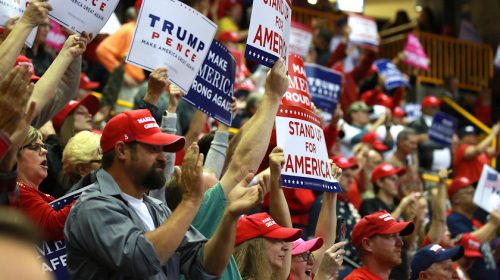 Meanwhile, Andy Addison, from Ringgold, Ga. said he would stand in line as long as he could, although he doubted he’d get in, due to the enormous line.

“It doesn’t matter. I could be at home watching TV or doing this,” Addison said.

“I think he is the best president of my lifetime. The past two years he has done a whole lot. He keeps his promises. For the first time in years we have a president on our side. He’s not a globalist. He’s an American.”

Republican National Committee spokesman Garren Shipley said in a press release following the rally that Tennessee residents benefit from Trump’s policies that “have led to an economic boom.”