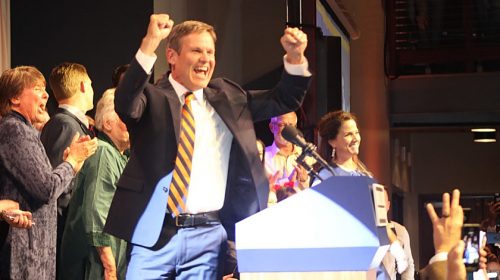 Political pundits projected Lee as the winner Tuesday night, about 30 minutes after the last polls closed in Tennessee.

And 30 minutes after that Lee took to the stage and spoke to a crowd at The Factory at Franklin.

Lee told supporters Tennessee is already in a good place — but it can always do better.

“We ran a positive campaign from the very beginning to the very last day,” Lee said. 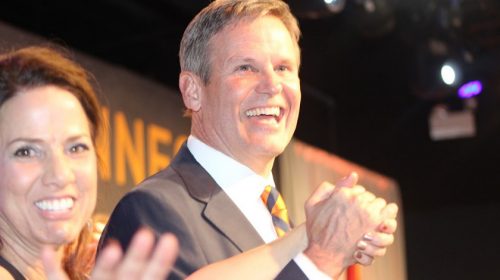 “We wanted to give a picture of what this state could look like if it lived up to its potential.”

Continuing that theme, Lee said he wants to make sure everyone “has a good job and lives in a safe neighborhood.”

“We have kids living in very tough neighborhoods, going to failing schools and wondering if the American dream is available to them,” Lee said.

“Right now, violent crime is taking up in every major city in our state. I believe every neighborhood and every community can be a safe place to live, but we need to give our police officers and our law enforcement the resources they need to protect us and at the same time we need to bring people together.” 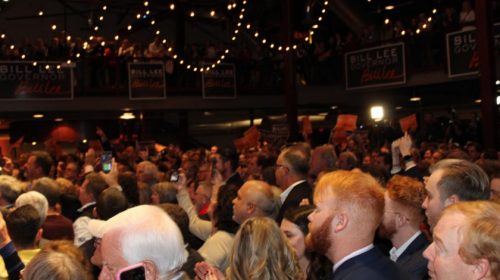 To do that, Lee suggested going into inner city neighborhoods and talking with all people about the best ways to make those areas safe.

Lee also said he wants a criminal justice system that “gives offenders the skills to re-enter society and not just re-enter prison.”

The government has designated exactly 15 Tennessee counties as distressed and in poverty. Those counties are all rural. Lee said he wants to help make them prosper.

“Tennessee can not only be a place that leads in the region but in America,” Lee said.

“Government is never going to solve problems, but when we unleash the unique problem-solving capabilities of Tennesseans that live our communities, when they have the tools and the support and the freedom to address their own problems, we know they can get it done.”

After he’s sworn in early next year, Lee will serve as Tennessee’s 50th governor.