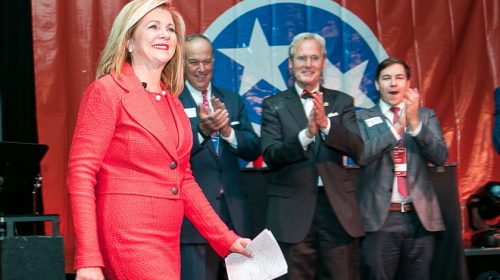 Blackburn received over 1.22 million votes, to Bredesen’s slightly more than 980,000 votes. The results are from unofficial tallies posted late Tuesday by the Tennessee Coordinator of Elections and the Secretary of State. The results, which could change slightly as districts trickle in, are here.

Blackburn said, “You have sent a message that it is time to take Tennessee conservative values to Washington and keep our state and our country moving forward. I am so incredibly grateful to each of you for doing your part, standing with me, staying strong and turning out the vote. It is such an honor to be the first woman elected to the U.S. Senate from Tennessee. I am going to work as hard for you as you have worked for me.”

“Just as we said on day one, I will take our shared Tennessee values to work on issues of importance to you in Washington: more constitutional federal judges and Supreme Court Justices, lower taxes, less regulation, protecting the right to life, defending the Second Amendment, providing for our troops and veterans, getting the federal budget under control and building the wall once and for all on the southern border. Thank you for believing in me and giving me this opportunity. This is very humbling, and I will not let you down.” 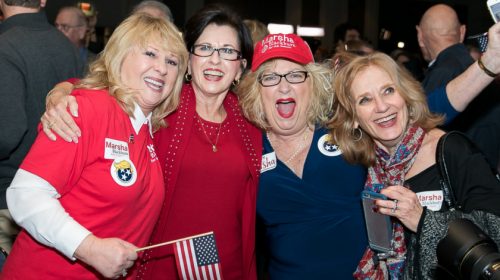 Tennessee Republican Party Chairman Scott Golden said, “Tennesseans sent a clear message tonight: they want a true conservative champion to represent them in the U.S. Senate, and they knew Marsha Blackburn is that champion. Marsha will continue to represent our Tennessee values in Washington and she will stand with President Trump to put America First. We are proud of the race she ran and congratulate her as our next senator from the great state of Tennessee.”

Speaker of the State Senate and Lt. Gov. Randy McNally said, “Marsha Blackburn ran an outstanding campaign from start to finish. When the pundits had all but counted her out, she just fought harder. Marsha is the conservative champion we need in Washington to fight for the Trump agenda. She fought for Tennessee values in the legislature and in Congress. She will now continue the fight as senator. I am grateful she will join a Senate majority in Washington committed to putting America First. Having served at the state level as well as the federal level, Marsha will help bring power back to the states and truly make America great again.” 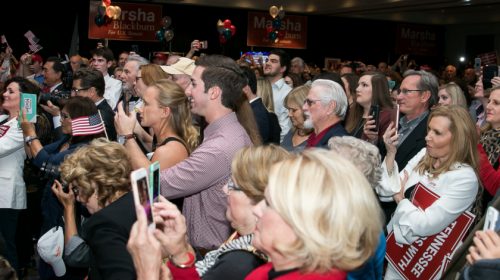 Committee to Defend the President Chairman Ted Harvey said, “The committee couldn’t be more proud of Marsha Blackburn, after spending months in the field and on the air supporting her campaign. From raising money and running TV ads to polling and door-knocking, we are proud to have played a part in getting Marsha across the finish line, and we’re proud of Tennesseans for choosing a staunch conservative who will stand up for the President Trump’s ‘America First’ agenda. In the face of unprecedented obstruction from the Left, Marsha will do her part to promote economic growth, secure America’s borders, and defend our president from radical left-wingers.”

The Committee – America’s leading pro-Trump super PAC – spent more than $1 million in support of Blackburn,which includes delivering over $90,000 in direct contributions to her campaign, the organization said.