The folks who run the Tennessee State Veterans’ Home and its four facilities didn’t do enough background checks before hiring staff members, according to a new report from the Tennessee Comptrollers’ office.

They also didn’t do enough to address residents’ complaints, and they failed to report illegal conduct at the facility, auditors went on to say.

These were among only a few of the findings Comptrollers reported in a lengthy and detailed audit.

The TSVH have four locations for veterans in Clarksville, Humboldt, Knoxville, and Murfreesboro.

In an email, TSVH Executive Director Ed Harries told The Tennessee Star he and other administrators have an action plan to do better.

Regardless, Comptrollers said there is a lot of room for improvement. 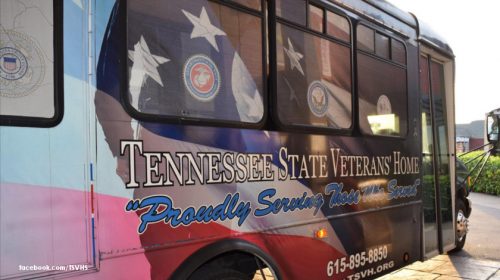 “Our audit work revealed that during the period January 1, 2015, through June 1, 2018, Tennessee State Veterans’ Homes Board management did not notify our office of at least three instances of possible unlawful conduct regarding administrative matters in a reasonable amount of time,” Comptrollers wrote.

Auditors, though, did not specify what types of illegal conduct took place.

TSVH officials also did not check all employees for criminal backgrounds. They did not check them for abuse registry or sex offender status, according to the audit.

These employees also did not have to take screening tests for drugs or tuberculosis, the audit said.

To that, TSVH officials said “they were overwhelmed by the demands of processing new hires, as the homes’ turnover rates are high.”

“The high turnover causes the homes’ Human Resource Directors to spend a great deal of time on recruiting and onboarding new staff members,” according to auditors.

“According to the Finance Director, collectively the homes currently spend over $70,000 annually on advertising and recruiting. In addition, based on statistics obtained from the homes, we calculated that approximately $22,000 was spent in calendar year 2017 alone for new employees’ screening.” Studies show high turnover rates, usually because of low pay and a bad working environment, “contribute to an overall decline in resident health,” auditors wrote.

Among the other problems Comptrollers listed:

• Nurses did not document they distributed all doses of medicine to residents, as prescribed.

• Management did not ensure resident deaths were reported timely and accurately.

• The homes did not have comprehensive policies to document, address, and monitor the resolutions of complaints from residents and employees.

• The veterans’ homes did not always document the presence of a registered nurse on staff.

In an emailed statement to The Star, Harries said “the predominant cause of findings was a lack of documentation for verification of services delivered.”

“Additionally, the demographic profile of our residents is unique in long term care, which skews the quality statistics.”

According to the audit, Knoxville and Clarksville have more short-term residents who are younger and stronger than long-term residents. Those homes tend to earn higher quality measure scores.

Murfreesboro and Humboldt, meanwhile, have a larger long-term care population.

Harries said The Centers for Medicare and Medicaid Services rate the TSVH Clarksville and Knoxville homes with five stars, while the Murfreesboro and Humboldt homes are four-star rated.

As The Herald Courier reported two years ago, authorities arrested Marilyn Truss, a former TSVH receptionist with stealing nearly $8,000 from the facility. Truss was already a convicted felon on probation for stealing more than $60,000 in Hamilton County, the paper reported.

The employee said “she purposefully manipulated a patient’s bed to cause him pain,” the paper reported.