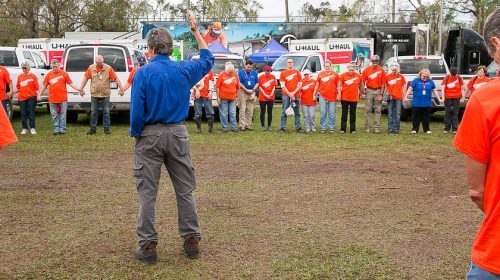 Volunteers for a Franklin Graham affiliated group came to Florida’s panhandle to help with disaster relief in the aftermath of Hurricane Michael, but it’s about so much more than that, they said.

Volunteers with the group Samaritan’s Purse told The Tennessee Star the devastation in that region is still widespread, and a lot of the locals have lost almost everything.

Some volunteers came to help homeowners with the next stage of rebuilding.

Some came to help remove trees off people’s homes. 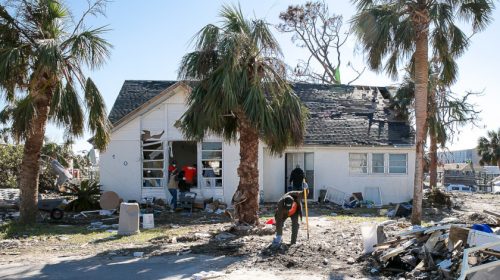 And then, as volunteer Kristy Kulberg told The Star this week, they also came to offer emotional and spiritual support.

“One of our homeowners had bad roof and tree damage. Their son has battled with some addictions and his walk with Christ. The storm pushed him a lot farther away,” Kulberg said.

Volunteers, Kulberg went on to say, helped him and his elderly father, and they helped make the home more livable and tolerable.

They also brought the wayward man closer to God. That man soon rededicated his life to Christ, Kulberg said. 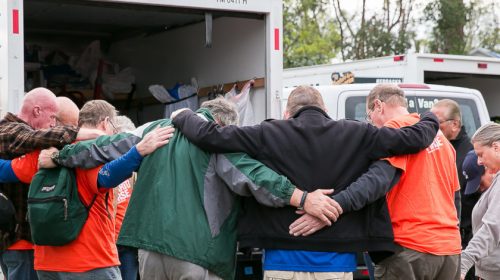 “That was a big victory for us that we were able to help that family in so many different ways. When we got there, it was like this glaze. You hardly saw a smile on their faces,” Kulberg said.

“They just didn’t know what to do. They were just overwhelmed. When we left, they were glowing. They were smiling and they were laughing. It was phenomenal being able to change their lives.”

According to The Samaritan’s Purse website, the group is a nondenominational evangelical Christian organization that provides “spiritual and physical aid to hurting people around the world.”

The group began in 1970 and assists victims of war, poverty, natural disasters, disease, and famine all while “sharing God’s love through His Son, Jesus Christ.” 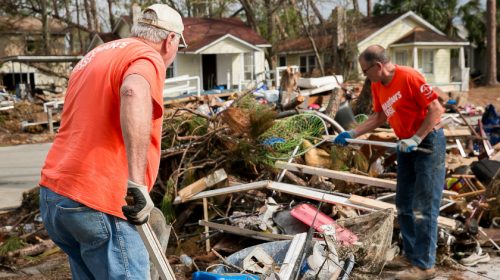 Tammy Suitor, who helps oversee operations for Samaritan’s Purse, told The Star her faith beckons her to this task.

“Through our faith we are called to give of ourselves and there is nothing more fulfilling than to be the hands and feet to give someone hope. We have all been in a place of life where we needed someone to step in and help us. We get to do that for people and try to help people get their lives back together,” Suitor said.

“We get to help people during one of the lowest points of their life. We get to love on them and give them a future.

It is really rewarding and about serving our fellow man.”

To get involved or to donate visit samaritanspurse.org