The Tennessee Star announced Wednesday it will host an important one-day workshop for parents, “How to Raise Children Who Believe in America,” on February 16, 2019 in Spring, Hill, Tennessee.

Parents who are unable to attend the workshop in person will be able to watch it online.

The workshop will be held at the Holiday Inn Express in Spring Hill, Tennessee from 9 a.m. to 11 a.m on Saturday, February 16, 2019 with a bonus hour from 11 a.m. to noon for parents who have a third hour available that morning.

Three other online publications that, like The Tennessee Star, are owned by Star News Digital Media, Inc.–Battleground State News, The Minnesota Sun, and The Ohio Star, will co-host the event. 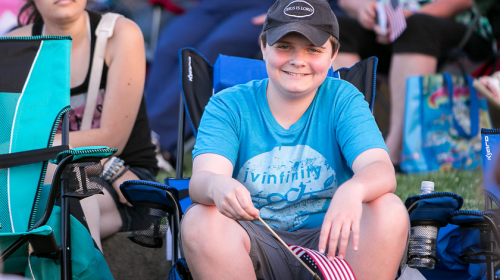 “We have reached that moment in history Ronald Reagan warned us might come,” Tennessee Star CEO and Editor-in-chief Michael Patrick Leahy said.

“Now is the time for parents to act, before it is too late. Attending this workshop is the first concrete step parents can take to help ensure their children understand what our American republic stands for, and what must be done to preserve it,” Leahy added.

“Freedom is never more than one generation away from extinction,” Ronald Reagan said in a speech delivered to the Phoenix, Arizona Chamber of Commerce on March 30, 1961, almost two decades before he was elected president. (emphasis added)

“We didn’t pass it to our children in the bloodstream. It must be fought for, protected, and handed on for them to do the same, or one day we will spend our sunset years telling our children and our children’s children what it was once like in the United States where men were free,” Reagan continued in that momentous address.

You can listen to the audio of that speech here:

Recent surveys indicate that young Americans are shockingly ignorant when it comes to civics, American history, and the Constitution.

Late last month, the Foundation for Liberty and American Greatness released a survey conducted by YouGov which showed that, “About half of those surveyed under age 38 said they view the United States as a ‘sexist’ or ‘racist’ nation.”

More than 4 out of 10 Americans under 21 said the nation’s 44th president, Barack Obama, had a “bigger impact” on America than its first president, George Washington.

The Foundation for Liberty and American Greatness, a nonprofit that provides civics education and resources to K-12 students, released these and other surprising findings Tuesday in its first annual “State of American Patriotism Report.”The report, based on a survey of 1,078 Americans conducted by the market research and data analytics firm YouGov, found that 49 percent believe the U.S. is “racist” while 50 percent believe the country is “sexist.”

“We suspected that we would find decreasing numbers of Americans well-versed in our nation’s most important principles and young people less patriotic than the generations that came before,” said Nick Adams, founder of the organization and a White House surrogate, “but we were totally unprepared for what our national survey reveals: an epidemic of anti-Americanism.”The report also found that 46 percent of young people say they believe “America is more racist than other countries,” and 38 percent say they don’t agree that “America has a history we should be proud of.” 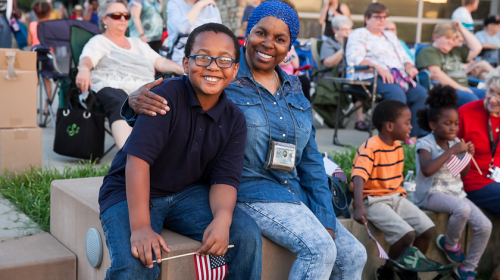 While many politicians recognize the problem, few offer substantive action plans to correct it.

A massive array of influences are working to undermine the belief in freedom among young Americans.

Public schools have become centers of Anti-American propaganda indoctrination, as have the mainstream media, social media, and technology giants, such as Google, Facebook, and Twitter.

Parents are so busy making a living and keeping the family running, they don’t have enough time–or the tools– to provide a counterbalance to this ceaseless anti-American propaganda.

“We’ve designed this new workshop to give parents practical tools to give their children the belief in America they themselves grew up with, a belief that is being stolen every day,” Leahy said.

Parents who attend the event in person will receive the 2019 edition of The Tennessee Star’s Guide to the Constitution for the Bill of Rights for Secondary School Students, a “How to Raise Children Who Believe in America” Workbook, and a schedule of future events which they and their children can participate in, including the 2019 Tennessee Star Constitution Bee.