Modern hymn-writers Keith and Kristyn Getty will bring their seventh annual “Sing! An Irish Christmas tour” to the Schermerhorn Symphony Center on Friday, December 21, at 7:30 p.m. The duo will revisit popular hymns and Christmas carols during a performance that will include appearances by Alison Krauss, Phil Keaggy and Scott Mulvahill. 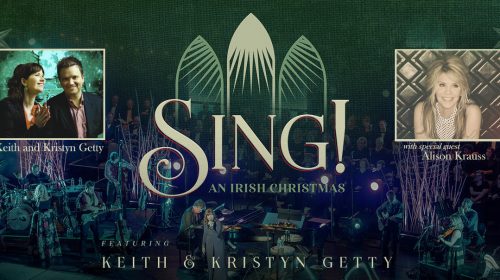 With stops at Carnegie Hall, Kennedy Center and other sold-out performances at prestigious halls from Atlanta to Los Angeles, the Getty’s Sing! An Irish Christmas tour concludes 2018 in Nashville, wrapping up a year that also saw Keith Getty’s being pinned by Her Majesty Queen Elizabeth as an Officer of the Order of the British Empire for his contribution to “music and modern hymn writing” (the first time the award had been given to an individual involved in the world of contemporary church music.)

The Gettys are widely known for songs such as “In Christ Alone,” and their passion for reforming carol singing is at the heart of their annual tour, which includes stops at cities across America. Sing! An Irish Christmas has grown to be one of the largest annual holiday tours in the nation and has aired on U.S. public television to over 45 million households and on the BBC in the U.K. The tour is part of the Gettys’ larger Sing! initiative and learning journey, designed to help pastors, musicians and leaders build a creative vision for congregational singing in their churches. 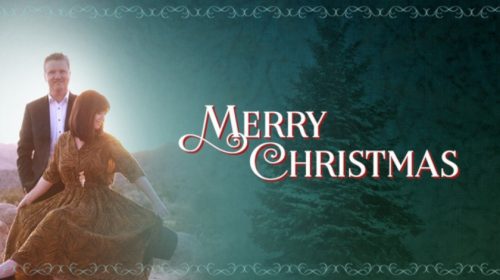 The Getty’s unique combination of Christian thought creatively expressed in hymns and carols, along with artistic virtuosity and passionate congregational singing with the audience, is augmented by an award-winning ensemble of instrumentalists fusing Celtic, bluegrass, Americana, modern and classical music, as well as cultural dance and holiday choral sounds.  Joining the tour at various stops are special guest speakers and artists including Tim Keller, Joni Eareckson Tada, Ricky Skaggs, David Platt, Paul David Tripp, Nancy DeMoss Wolgemuth and many others. (More information about specific guests at each event can be found at the Gettys’ website.)

Keith Getty has been credited with reinventing the modern hymn form. “For many, this season represents celebration and joy, yet for others, it can be a painful reminder of those we’ve lost,” he says. “In any instance, we are all strengthened when we declare our faith through singing, and the great Christmas carols are some of the best expressions we have of Christian truths.”

For more information on the December 21 “Sing! An Irish Christmas” event at the Schermerhorn and to purchase tickets, click here.

Getty Music gratefully acknowledges the support and sponsorship of Christian Healthcare Ministries (CHM), the nation’s original health-cost-sharing ministry providing compassionate, faith-based healthcare cost solutions for Christians in all 50 states and around the world.

One Thought to “Alison Krauss and Other Guests to Join Keith and Kristyn Getty for ‘Sing! An Irish Christmas’ at Schermerhorn Symphony Center on December 21”