Colorful entertainer Kid Rock will be welcomed in the Christmas parade in Leiper’s Fork.

Parade goers at the Leiper’s Fork Christmas Parade on Saturday, Dec. 15, will be joined by special guest Kid Rock, who will walk in the parade.

The parade, previously scheduled for Saturday, Dec. 8, was postponed until Dec. 15 at 2 p.m. due to inclement weather, the Williamson Herald said. 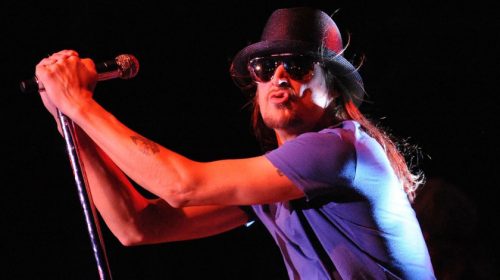 Kid Rock was disinvited as the grand marshal of the Dec. 1 Nashville Christmas Parade after he called Joy Behar of ultra-liberal show “The View” a word that starts with “b,” The Tennessee Star reported.

The colorful singer appeared on “Fox & Friends” Dec. 30, live from Nashville, and made the remark about Behar.

Parade organizers instead invited James Shaw Jr., the hero who wrestled a gun away from the Waffle House shooter in April.

Nashville Mayor David Briley and Councilman Freddie O’Connell had threatened to boycott the parade over Kid Rock, according to Fox 17 News.

Rock said everyone deserves love, minus one person in particular – Behar. He then used the derogative term.

“No, no, no, no,” host Steve Doocy interrupted. “You cannot say that. We apologize for that.”

Kid Rock reached out to Leiper’s Fork organizers in hopes of participating in the parade, said Laura Musgrave, director of the Christmas parade in Leiper’s Fork, WBIR reported.

“He has some friends out here, and we’re wild and wacky, eclectic and fun,” Musgrave said. “This parade has never been about politics – it’s a Christmas parade.”

The grand marshal will be John Schneider, who played Bo Duke in the TV show “Dukes of Hazzard.” The parade will lead off on the village’s Main Street.

Jason M. Reynolds has more than 20 years’ experience as a journalist at outlets of all sizes.
Photo “Leiper’s Fork Christmas Parade” by Lavana.