NASHVILLE, Tennessee–Members of the 917 Society Founders Club held a holiday party at the Nashville offices of physician Ming Wang Tuesday. 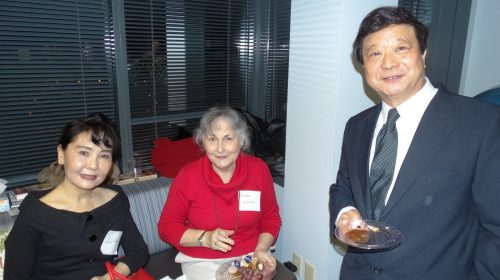 Joni Bryan launched the 917 Society just a few years ago.

The 917 Society has already given out 35,000 pocket copies of the U.S. Constitution to eighth-graders in Tennessee.

At Tuesday’s party, Bryan discussed plans to give out 50,000 more copies of the Constitution in January. 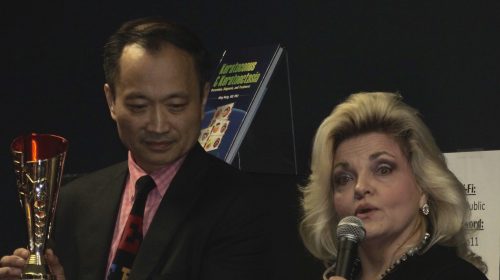 “Right now, everyone is volunteer. We are working toward having staff members,” Bryan said.

Also at the gathering, Bryan and Wang presented a Founders Cup Award to State Senator Kerry Roberts, R-Springfield, for his work on behalf of the 917 Society.

As reported, members of the group pass out copies of the U.S. Constitution to eighth-grade students right before they go to high school and about four years before they start voting. 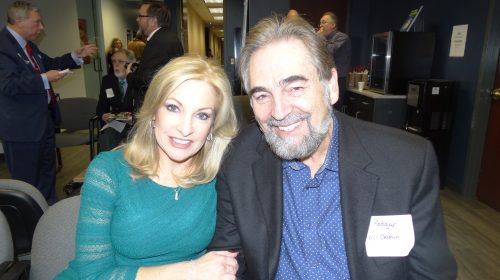 As reported, Tennessee is the first state to offer a free state Constitution Day program.

At a 917 Society gathering this past September, State Sen. Mark Green (R-Clarksville) spoke of “a melting pot that is America” and how that is what the U.S. Constitution really stands for.

“It’s an amazing document amended over time to correct its faults. What is amazing is that it can be done,” Green said.

To get involved with the organization or to donate, visit 917Society.com.