It’s the first time Abercrombie has made a public appearance since being injured during the TSU game against cross-town rival Vanderbilt University. He suffered a life-threatening head injury during his team’s 31-27 loss. He collapsed on the sideline. The team knew it was serious, but had no idea he would have emergency surgery on his skull that night and many more ahead.

“He understands some days and some days he doesn’t. (It) depends on his mood,” said mom Staci Abercrombie. 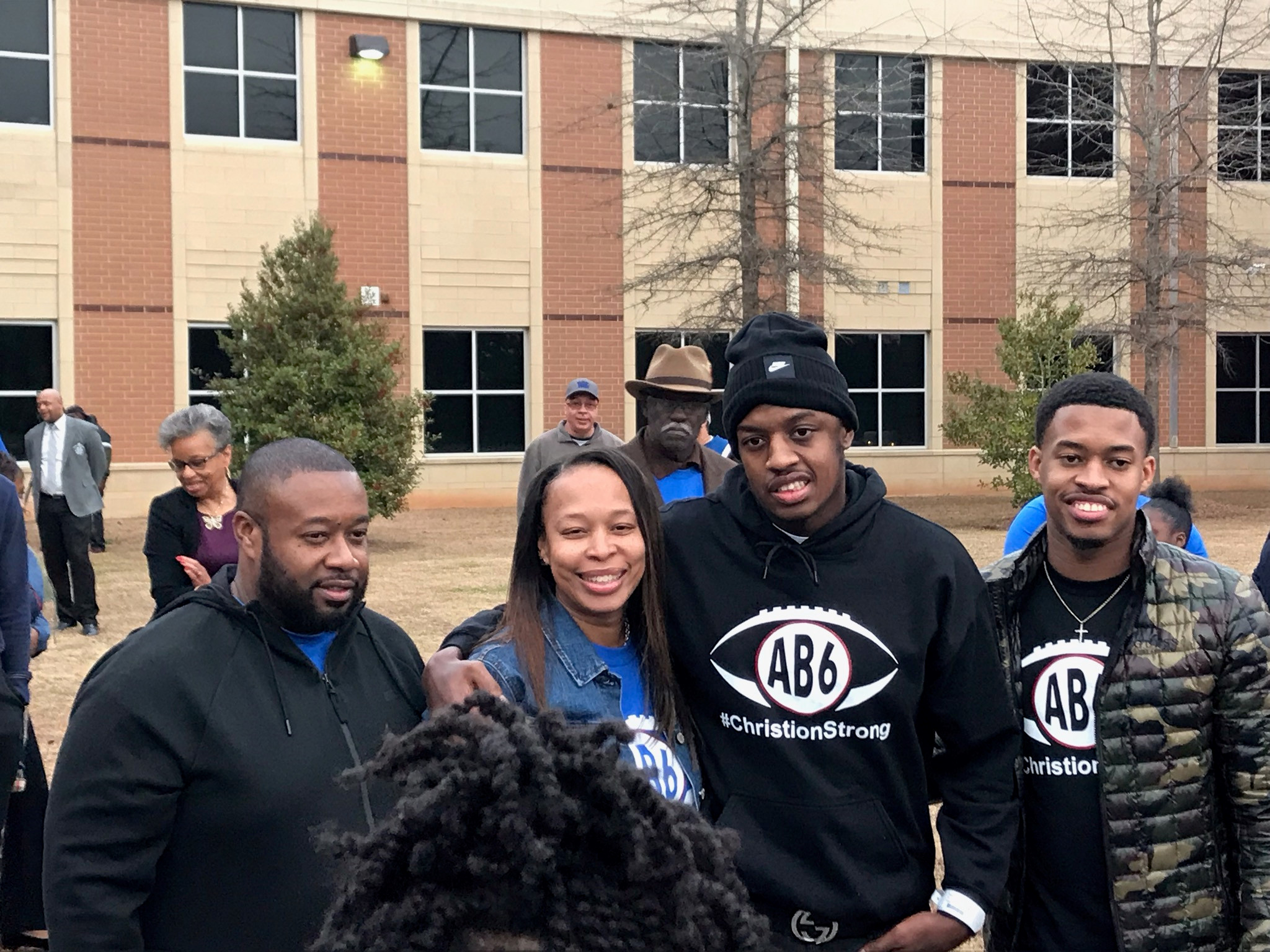 After several surgeries and lots of prayer, Abercrombie is moving quickly on the road to recovery.

“Christion is an inspiration to all of us,” said South Fulton Mayor Bill Edwards. “He has persevered through his head injury. In football sometimes, the other team will recover a fumble. Christion has recovered his own fumble and is still on the road to recovery. Today, December 19, 2018 from now on will be known as Christion Abercrombie Day in the City of South Fulton. He walking in the gym is our Christmas miracle.”

The event is part of Westlake’s annual Do Good December initiative, where the students recognize someone in the community who has done a lot for others. The event was held in the gymnasium that the two-sport star played in. Students from the school organized the event. They originally planned to go to Shepherd Rehabilitation Center in Atlanta where Abercrombie has been undergoing in-patient therapy.

“The students wanted to go to Shepherd to take gifts to him,” said Westlake principal Jamar Robinson. “His doctor thought it would be better if he would get out and be in familiar surroundings. The students then had the idea of a pep rally for him. We are excited for his return.”

About 200 family, friends, former coaches and teammates attended the program. Abercrombie was presented gifts, including a Westlake football jersey with his old high school number 3 and name on the back. The celebration didn’t end there. After the program, Staci Abercrombie invited everyone outside for a balloon release. That’s where Staci Abercrombie thanked everyone for their support, thanked God and asked everyone to continue praying.

“Christion has fought a good fight and because of God and prayers, he’s here. He’s a miracle and I want everyone to know that if they could just get closer to God, they’ll have a great walk as well,” said Staci Abercrombie.

Christion Abercrombie will begin an eight-week outpatient therapy program the week of Christmas.