Members of the Davidson County District Attorney General’s office are scheduled to prosecute left-wing activist Justin Jones in March on charges of criminal trespass and resisting arrest, according to a spokesman for that office. 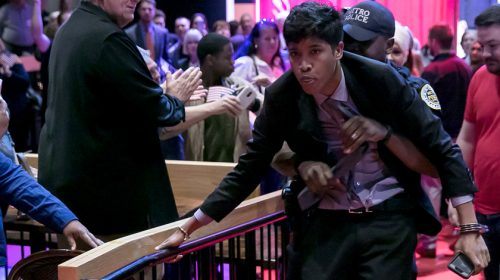 Jones, a Vanderbilt Divinity School student, seems to claim he is a victim of political persecution.

In a story that made national headlines, Jones caused a scene at a campaign rally for then-U.S. Senate Republican candidate Marsha Blackburn in late October. Blackburn won the election the following month and has since taken the oath of office.

Authorities charged Jones with criminal trespassing and resisting arrest for disrupting the Blackburn event at the Ray Stevens’ CabaRay Showroom in Nashville. Blackburn appeared at the event alongside U.S. Republican Senator Lindsey Graham of South Carolina. 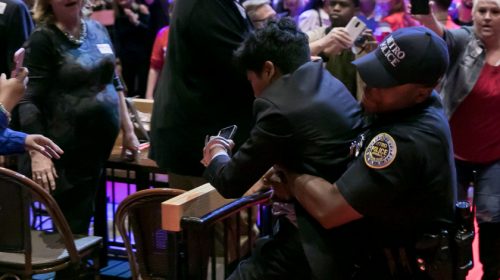 Jones himself went into greater detail on his Facebook page Friday.

“We have been set for a hearing on Tuesday, March 18th at 9 AM in courtroom 5D. It is deeply troubling that a democratically elected official is choosing to carry the extremist mantle of suppressing people from being a part of the public discourse,” Jones said. 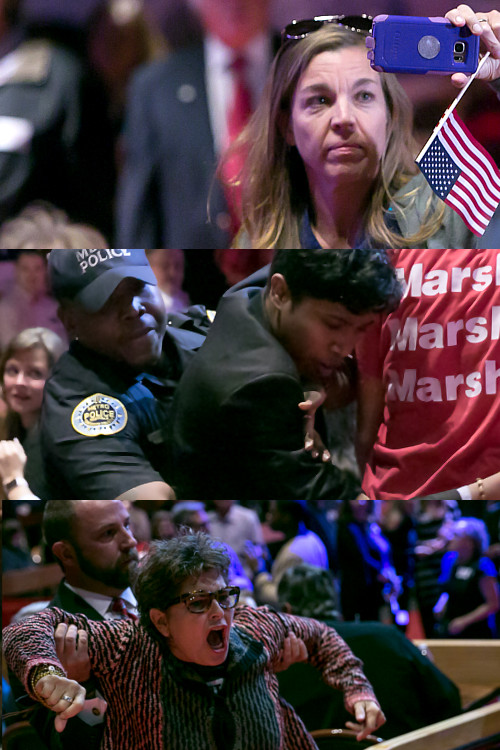 “It is disappointing that this office is engaging in a racialized and politicized prosecution because we simply exercised our rights to be informed. At the Marsha Blackburn rally in October 2018, we were ‘preemptively’ removed without cause because of past advocacy involvement.”

Jones went on to say that law enforcement officials at the event threw him to the ground and hit him before they arrested him.

“We neither disrupted or offered cause for removal except that they perceived us as having an opinion that was different than the one welcome in that space- all those handcuffed and put in police cars were people of color,” Jones said.

“And again, this was a public “Get Out The Vote Rally.” Nonetheless, we will continue to push forward together, because this is bigger than one politician or one event- what we are seeing in Tennessee and nationally is the erosion of democratic norms.”

As The Star reported, this was a private event. Organizers recognized Jones as someone with a history of causing trouble at other political events and gave him a direct order to leave. 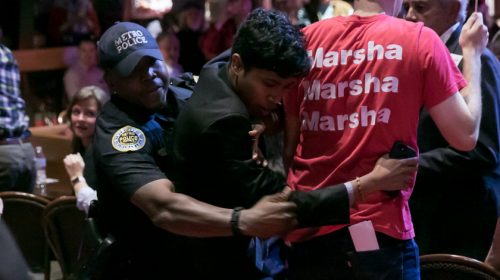 For unknown reasons, authorities decided not to go forward with the disorderly conduct charge, Aaron said. 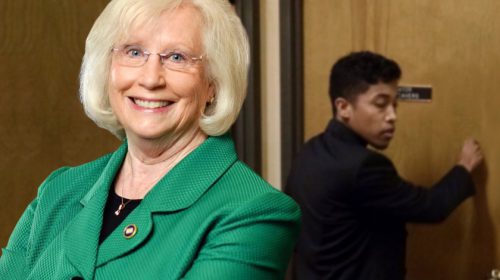 Hayslip said in late October that the new warrants came about after Assistant District Attorney Deb Smith presented the case against Jones to Judge Melissa Blackburn (pictured, above) — who is of no relation to Marsha Blackburn.

Judge Blackburn found probable cause and issued the warrant against Jones, Hayslip said.

Also, as reported, members of a far-left group called the Tennessee Activist Coalition live streamed a video on their Facebook page of the rally, promising viewers a citizens’ arrest of both Blackburn and Graham — which they were unable to accomplish.

The people behind the video seemed to indicate they were conspiring with Jones to disrupt the event.