Volkswagen will spend $800 million to expand its Chattanooga factory to become the German company’s North American hub for manufacturing electric vehicles, and the Scenic City may want to thank President Donald Trump.

VW CEO Dr. Herbert Diess made the announcement at a presentation at the Detroit Auto Show Monday, TechCrunch said. The expansion is expected to create 1,000 jobs at the Chattanooga plant. 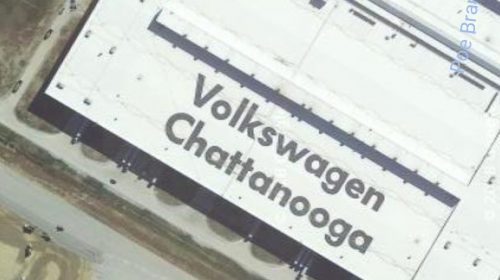 The German company is moving away from diesel following the 2015 emissions cheating scandal. VW Group plans to spend nearly $50 billion in the next five years toward the development and production of electric vehicles and digital services, TechCrunch said.

VW’s news means another feather in Tennessee’s cap for a growing automotive industry.

In response to VW’s announcement, U.S. Sen. Marsha Blackburn (R-TN) said in a statement, “This follows General Motors’ announcement yesterday that it will produce its new Cadillac XT6 crossover in Spring Hill. The Middle Tennessee location is the product of an over $2 billion investment since 2010. It is the largest GM facility in North America at 7.1 million square feet and has brought 3,400 jobs to the area.

“Volkswagen and General Motors’ decisions are further proof that Tennessee workers and our business friendly climate create a great place for jobs growth,” Blackburn said, adding there could be additional jobs from suppliers. “These decisions will each benefit their respective regions tremendously. Volkswagen and GM are to be commended for choosing Tennessee and we look forward to seeing the increase in production.”

It may be that Tennessee can thank President Trump for Volkswagen’s Chattanooga news.

Trump has pressured German car manufacturers to increase their investments in the United States, Reuters said. Diess and representatives from BMW AG and Daimler AG met with the president in December to try to avoid tariffs on European cars.

Could Ford Motor Co. become involved in the Chattanooga production?

Volkswagen and Ford last summer discussed the possibility of forming a joint partnership to create and produce light commercial vehicles, and now that may include electric vehicles as well, Automotive News says.

Volkswagen is touting plans for four electric concept vehicles: I.D., I.D. VIZZION, I.D. CROZZ and I.D. BUZZ. Each is expected to have a range of over 250 miles off a single charge, according to the company’s website.

Even as Volkswagen looks to build electric cars, it continues to face a smoggy taint from its 2015 emissions scandal.

Not everyone is convinced Volkswagen has learned its lessons from the emissions scandal. Gerard Scimeca the Vice President of Consumer Action for a Strong Economy (CASE), said in an October editorial about monitoring of the company:

According to an August report issued by the monitor, former Deputy Attorney General Larry Thompson, VW operates in a “corrupt culture,” and he is yet unable to conclude whether Volkswagen is fully complying with the conditions of the plea agreement. It seems old habits die hard. Volkswagen is still facing criminal investigations in Germany, with accusations they are refusing to turn over requested documents. There is more trouble from a half-dozen investor lawsuits commencing in Europe, where plaintiffs claim that VW deliberately withheld information regarding their criminal behavior to the detriment of shareholders, who lost millions of dollars in value when the scandal was exposed.

The entire editorial is available here on The Tennessee Star.