The battle of the top two teams in Metro Nashville girls’ basketball did not disappoint anyone, as it came down to the closing seconds. The number two ranked Maplewood Lady Panthers gained a huge road win against the number one ranked East Nashville Magnet Lady Eagles 60-58. The game had many ups and downs as both teams fought until the very last second. The pace of the game was up and down with each possession the defense got tighter as both teams made runs throughout the game.

The Lady Panthers was led by senior forward Ye Taviea Carter who had a game-high 19 points and 11 rebounds. She was a major factor the last three minutes of the game making big shots and grabbing rebounds in clutch moments. Sophomore guard Tameia Shaw for East Nashville tried to keep her team in it throughout the game with the Eagles leading scorer London Fairs having an off night.

With 22 seconds left in the game and up one point, Carter missed a free throw and teammate Zariah Cameron grabbed the rebound and scored to give Maplewood a three-point lead 59-56. The Lady Eagles had a chance to tie with Fairs getting fouled on a three-pointer with 10 seconds left. Fairs went two for three at the line and Maplewood sealed the win with a rebound.

Rose Marrow added 10 points and 13 rebounds for the Lady Panthers and freshman Zoe Kerr added 10 points. Lady Eagle senior post Quentarra Mitchell had another double-double with 12 points and 10 rebounds, while junior Jaelynn Knox chipped in with 12 points. Maplewood will travel to Pearl-Cohn on Friday January 18, while East Nashville will host Hume Fogg. 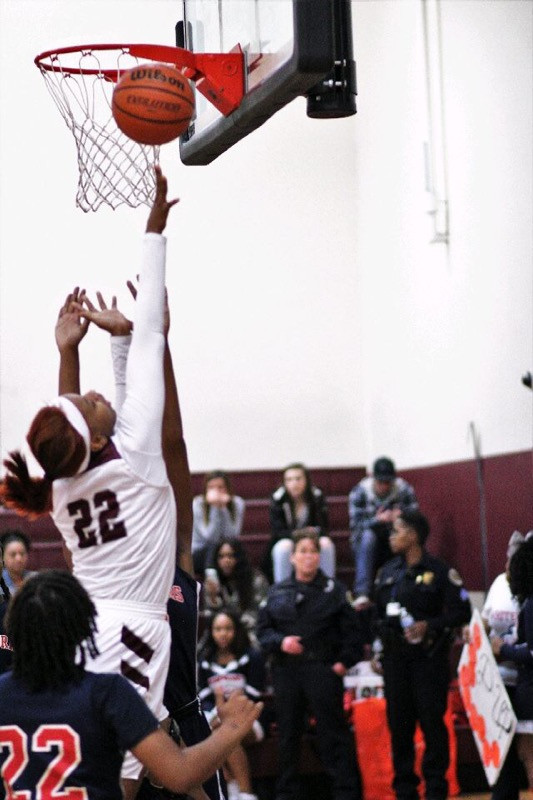 Senior Annastacia Anderson had 19 points and sophomore Jaylah Edmondson had a season-high 16 points to help lead Overton to the win over Hillwood.

Junior forward Lester “Trey” Shaw recorded his first double-double of the season with 16 points and 12 rebounds, which led the Tennessee Star Metro number one ranked East Nashville Eagles pull out a close 58-55 victory over the Maplewood Panthers. The pace of the game was fast in the first half with both teams attacking the basket and going back and forth scoring.

The Panthers went into the half with a two-point lead 34-32. The Panthers were paced 19 points first half from senior guard Bobo Hodges. The third quarter the Eagles turned up the defensive intensity and forced multiple turnovers to take a commanding lead and control of the game. The Eagles used an effective ‘box in one’ defense on Hodges which worked to their advantage holding him scoreless until late in the fourth quarter.

Senior Taras Carter added 15 points and sophomore Isaiah Jones had 10 points, seven rebounds, and seven blocked shots for the Eagles. Hodges ended with 24 points, 12 rebounds and six assists, while Makell Smith added 14 off the bench for Maplewood in the lost.

Games scheduled for 1-18-19 girls games start at 6 pm with boys starting 15 minutes after.

McKinley Young Jr. is a sports reporter at The Tennessee Star.
Photo by  Michela Ragland-Oldham.