Agents with the Tennessee Bureau of Investigation announced Monday they had arrested a registered nurse at Vanderbilt University Medical Center and charged her with patient abuse and reckless homicide in December 2017.

As The Tennessee Star reported last year, a Vanderbilt nurse administered a paralyzing anesthetic to a patient by mistake this same month. The patient later died. 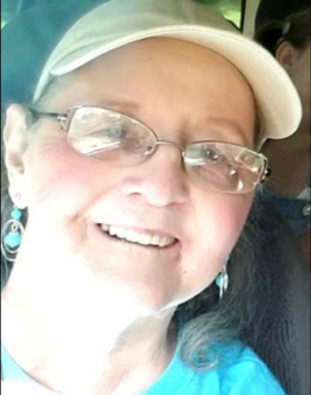 TBI Agents put out a press release Monday saying that they began investigating the circumstances surrounding the death of Charlene Murphey, 75 at the time she died.

“On December 26, 2017, Mrs. Murphey was a patient at Vanderbilt University Medical Center and Radonda Vaught was a registered nurse who was part of the team providing treatment,” according to the press release.

“During the course of the investigation, Agents determined that the actions taken by Radonda Vaught were responsible for the abuse of Mrs. Murphey, and her ultimate death. Vaught is no longer an employee of Vanderbilt University Medical Center.”

The recent death at Vanderbilt University Medical Center, for instance, could turn into Exhibit A as to whether attorney Randy Kinnard’s theory sometimes holds up. 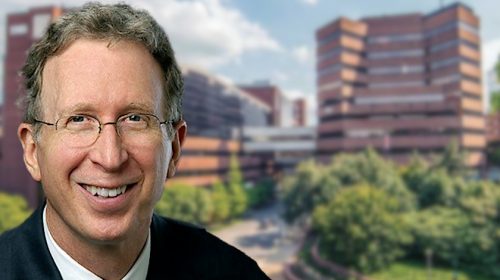 Kinnard told The Star one must consider whether a hospital’s leadership is responsible for a series of systemic failures that contribute to medical malpractice in general.

Although it’s still unknown, Vanderbilt’s procedures could have played a role in the death of the woman, suffering from a subdural hematoma and vision loss.

“Probably the majority of times these errors occur as temporary damage that is overcome, and there is no permanent injury,” Kinnard said when asked about hospital glitches.

“But there are a lot of scary things that happen in a hospital.”

As reported, a doctor at Vanderbilt prescribed Versed, a standard anti-anxiety sedative, to calm the female patient’s nerves. The nurse instead gave the patient a different type of medication — which caused cardiac arrest and later killed her.

According to The Nashville Post, the nurse could not find the prescription when she went to pick it up.

“She overrode an automated dispensing cabinet without a necessary order from a physician or verification from a pharmacist,” the paper reported.

“Instead of getting the prescribed Versed, though, the nurse distractedly took out vercuronium — a drug that temporarily paralyzes a patient, requires the use of a mechanical ventilation system and is generally used during surgeries.”

The nurse, the paper went on to say, administered vercuronium “without recording it into the patient’s records and left.”

The patient was found unresponsive and without a pulse, 30 minutes later, according the The Post.

The Post quoted The Lippincott Manual of Nursing Practice 10th Edition, which says “best practice for drug administration includes watching the patient’s reaction to the drug during and after it has been given for any adverse effects.”

“But VUMC’s safety policy for drug administration does not provide guidance on protocol for monitoring patients after giving them medicine,” The Post quoted the manual as saying.

Why were those two medications so close together?

The Star searched through all 92 lawsuits people have filed against Vanderbilt University Medical Center at the Metro Nashville Courthouse between December 2017 through December of last year. We found no lawsuit pertaining to this case. The website Metro.Co.uk/, however, suggested the woman’s family had filed a wrongful death lawsuit.

Kinnard said if he were to represent the woman’s family in a civil action he would question the hospital thoroughly.

“I would look into whether that was an error. Then I would look into the question of why was she (the nurse) presented with those two options so close together. That is those two words, one drug doing one thing, and another drug that is very dangerous,” Kinnard said.

“Nurses can sometimes get in a hurry, and they can make the wrong choice when presented with a decision like that real quick. I would look at a potential system failure that contributed to cause that. In my mind, based on my experience, it is not safe to present a nurse with an option like that where she could select the wrong medicine.”

Kinnard said he would then consult medical experts to determine whether the system Vanderbilt had in place was safe.

“It’s a worthwhile effort to find out is the hospital also directly responsible? Is it a single act of negligence by the nurse, or is it a combination of a system failure at the hospital with the nurses’ negligence?” Kinnard asked.

“Did the hospital make it easier for the nurse to make this mistake? Those are questions that would need answering with the proper investigation. Not knowing all the facts because I haven’t investigated it, I can’t say. I am just presenting issues that I would look at.”

Howser told The Star last month that hospital staff worked closely with the Tennessee Department of Health to address patient safety. Hospital staff members have also worked with the Centers for Medicare and Medicaid Services.

The TDH and the Centers for Medicare & Medicaid Services have already accepted Vanderbilt’s plan of corrective action, Howser said at the time.

In an emailed statement to The Star in December, TDH spokeswoman Shelley Walker said “the Tennessee Board for Licensing Health Care Facilities takes very seriously its responsibility to ensure the safety and quality of health care facilities in Tennessee.”

“The board and the Department of Health work closely with facilities to ensure compliance with federal and state requirements for maintaining the health, safety and welfare of the patients and residents,” Walker said.

“We continue to work with Vanderbilt Medical Center on this issue; as such it is not appropriate for us to discuss the specific situation further at this time.”

According to a variety of websites, including U.S. News & World Report, KnoxNews.com, and Medicare.gov, Vanderbilt ranks high in patient safety. The hospital, however, did have a higher death rate than the national average for stroke patients.