NASHVILLE, Tennessee — Members of the Tennessee General Assembly want to “place some guardrails on the state’s community oversight boards” and announced new legislation Monday designed to do just that.

Under the proposed bill, sponsored by State Rep. Michael Curcio, R-Dickson, a community oversight board in Tennessee would not have any power to issue subpoenas for documents or to compel witness testimony. 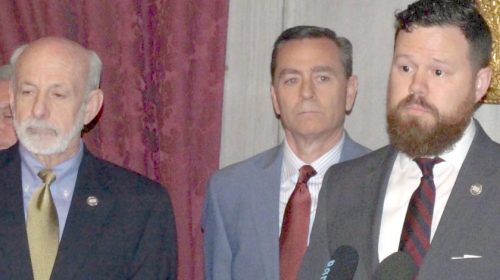 Also, under this proposed law, a community oversight board could not restrict or otherwise limit membership based upon demographics, economic status, or employment history.

The legislation was not available on the Tennessee General Assembly’s website as of Monday night, however The Tennessee Star obtained an advance copy of the measure.

The legislation would also prevent community oversight boards from releasing confidential information to the public.

“This will ensure everyone is treated respectfully and justly during any review of alleged misconduct involving members of our law enforcement community,” Curcio said at a press conference at the state capitol Tuesday while flanked by several other legislators.

“Let me be clear. We are not here to drown out the voices of our citizens. This legislation does not eliminate the community oversight boards. It is applicable to all Tennessee communities.”

Curcio said at the press conference that Tennessee law currently doesn’t have enough oversight in place over community oversight boards, even though they have existed nationwide since the 1950s.

He said his bill “mirrors best practices as observed by the National Institute of Justice,” and it still holds police officers to a high standard of conduct. 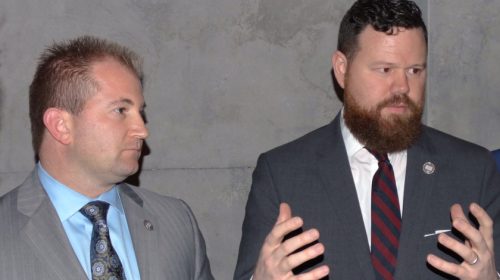 Curcio later told The Star he gives his bill “strong chances” of passage.

“I think the majority of Republican lawmakers seem to be behind it at this point. I hope we’ll get some Democratic lawmakers to sign it as well,” Curcio said.

“We’re not taking away anybody’s ability to have an oversight board. We’re just defining basic parameters.”

The bill also requires that community oversight board members are already registered voters in the jurisdictions the board oversees.

Also, if enacted into law, by Feb. 1 of each year, a community oversight board would have to submit a report to the chairs of the judiciary committees of the state house of representatives and senate about what they did the previous calendar year.

Board members in Nashville will have access to police files and can interview officers and witnesses. They can also send reports with recommendations about allegedly problematic officers to Metro Nashville Police Chief Steve Anderson.

Also, as The Star reported, Nashville Fraternal Order of Police members said they have serious constitutional concerns about the new board.

They said the $10 million plan is “constitutionally questionable,” doesn’t address due process, and is not set up for fact finding.

They also said the board is “set up for some means of retaliation and retribution for a problem that doesn’t exist.”