NASHVILLE- As you walk in Maplewood High School’s gym, you can’t miss the wall behind the south end that has two panther eyes. This Friday, those eyes and the eyes of District 10 AA will be on a crucial girls’ basketball match-up between the East Nashville Lady Eagles (23-2 overall, 10-1 District 10AA) and the Maplewood Lady Panthers (15-3, 11-0). A victory by Maplewood will clinch the district for the first time and give them a season sweep of the powerful East Nashville squad in both teams’ last regular season game. 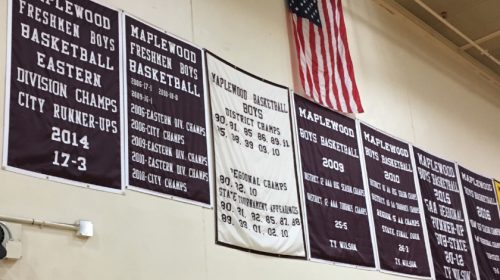 “This game is very important,” said Lady Panther head coach Tristin Williams. “A win will put us in a good position for the tournament and we expect to see them again in the (district) championship. We have been focused on the task at hand all year. Our goal is to get to Murfreesboro this year. We are trying to get where they are. Coach (Missy) Donaldson does a great job. I have respect for the players and coaches over there. They work extremely hard.”

Another daunting image when you walk in the gym are the banners hanging with championships on the wall. In recent years, the boys’ program coached by Ty Wilson has been the team to beat. In 2017 they went to Murfreesboro and won it all behind two-time Mr. Basketball Bo Hodges. Williams understands how tough it is to win the district. She uses the boys’ success as motivation.

“You must seize the moment because you never know if you can make it back. We look at that banner up there. Right now, the girls’ program doesn’t have one. We have a long way to go. Hopefully, we can get there and do great things,” said Williams. 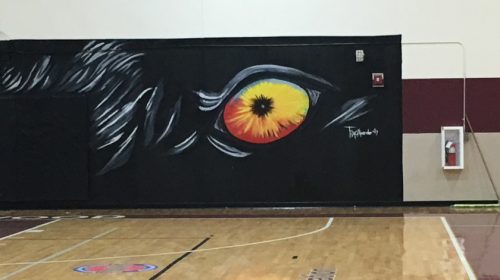 “A lot of people have been down on Maplewood,” said Carter. We are trying to come together as a team and prove everyone wrong. This is my last year, so I must go all out. Winning this game is very important. Getting a bye will allow us to get more practice in.”

In Tennessee, the girls’ games are played before the boys. After the first contest, there was talk regarding the girls’ game being played second because of the implications of the game. Another reason was the crowd that the Lady Panthers had cheering for them at East. Nothing came of that, so the tipoff will be at 6 pm. Maplewood will bring back their tradition of having their student section, mascot and even the band in attendance. That type of support is appreciated by the Lady Panthers.

“Our fans made it feel like a home game last time,” said Morrow. “Every game they have been there to support us. It’s going to be a sellout. A lot of people will be here. On a scale of 1-10, my scale is broken. I am ready”