LEBANON, Tennessee – As conservative grassroots leaders gathered from across the state for a bi-annual meeting, Governor Bill Lee took time between speaking engagements to attend as an unannounced special guest.

The all-day Tennessee Alliance of Liberty Groups’ summit was an invitation-only, no-media event, but this reporter from The Tennessee Star was allowed exclusive access.

The group of about 75 conservative leaders and influencers came to middle Tennessee from as far as Mountain City and Somerville.

While Alliance summit attendance varies in who comes and in what numbers, the core group of grassroots conservative leaders has been going strong and consistently since 2009. 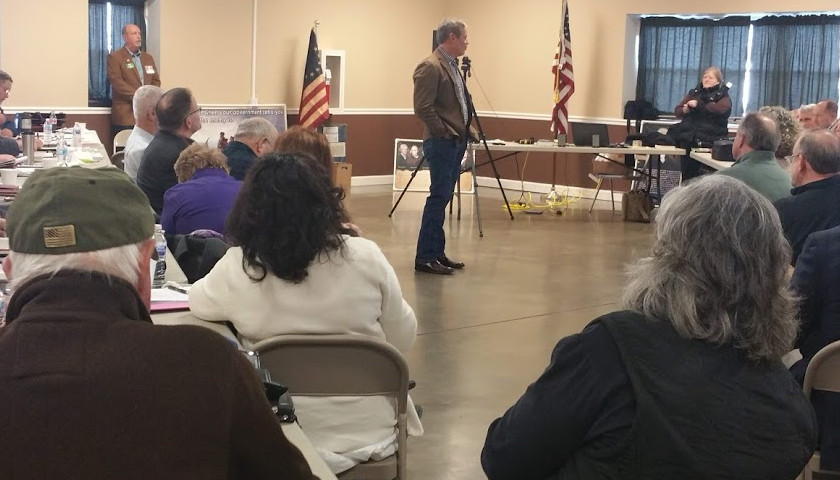 The announced program for the day-long summit included two segments on Islam from renowned expert on political Islam Dr. Bill Warner as well as author of the 2009 book “Muslim Mafia: Inside the Secret Underworld That’s Conspiring to Islamize America,” Chris Gaubatz.

In addition, there were presentations on the Heartbeat Bill sponsored by State Representative Micah Van Huss (R-Jonesborough) and Senator Mark Pody (R-Lebanon), with the Senator joining the meeting for a good part of the day, as well as the concept of “constitutional carry” relative to the 2nd Amendment.

There was a good-natured quiz and subsequent discussion of the U.S. Constitution, and the day concluded with an overview of the inaccuracies and biases found within social studies textbooks presented by members of the textbook review committee.

As enlightening and engaging as all of the presentations were, based on the reaction by the attendees, it was Governor Bill Lee who stole the show.

Upon coming through the door, attendees left their seats to surround the governor so that he personally engaged with nearly everyone before making his way to the front of the room to make informal comments and take questions.

After first expressing his appreciation to the group, of becoming Governor, Lee said, “It’s a remarkable place to be.”

Recognizing that anybody in his position would probably say the same thing, Lee went on to say that he believes his whole life, “I think God has used it to prepare me for what he wants me to do this in role.”

His faith being central to his life, the Governor continued, “I ask Him every day to give me the wisdom and the discernment to make decisions that will improve the lives of every single Tennessean and will fulfill, what I believe, are the values and the principles that are important to making this country great and to keeping this country on the path toward even more greatness.”

“The most remarkable thing about where I am today is that I‘m finally able to do what I said I wanted to do for two years,” said Lee.

He went on to elaborate on several main topics. 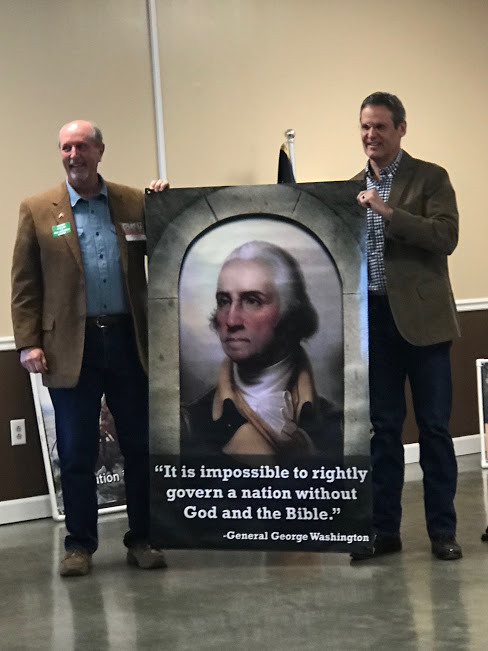 With regard to hiring, Governor Lee said there are 23 cabinets for which he “picked a lot of commissioners that people don’t know who they are,” largely because they are outsiders and from the business world.

Rather than picking them on politics, Lee said of his commissioners, “I picked them on competency.”

After a vetting process for each position, which for many was 30, 40 or 50 applicants, a smaller group was interviewed and even fewer went on to second and third interviews, Lee said he then looked each one of them in the face.

With that face-to-face, he laid out to the candidates his vision, beliefs, philosophy, ideology and how he wants state government to look going forward. Governor Lee relayed that when he asked if the candidates could fulfill that, each one of them committed that they would.

The Governor then spoke briefly about the commissioners of Education, Finance and Administration and Transportation, in addition, to be being outsiders, the specific characteristics he was looking for that they brought to their respective positions.

Governor Lee, personally knowing many of the people in the room, acknowledged, “There are folks in here that are really engaged in education.” He went on to say, “It’s probably the most fundamental important thing we’ve got to do going forward. And, I’ve talked about vocational education.”  In addition to what Commissioner Penny Schwinn will bring from her experience in Texas, a state that is adamantly a no Common Core and has a tremendous rural component to it, “we’re already changing that in this state.”

A recurring theme throughout Lee’s campaign was changing the way high school looks in the state. Toward that end, last week saw the introduction of the GIVE Act – Governor’s Investment in Vocational Education.

As the Governor explained the program, “It’s going to create 25 new vocational-technical programs around the state. It’s going to double the amount of credit that kids can earn can get as a dual enrollment program, but only if they take vocational technical agricultural path. So, it will incentivize kids to follow those paths, because we need to have more kids that are ready for the workforce as soon as they leave high school, which was received with a round of applause.

With a strong emphasis on the importance of rural Tennessee in his two-year campaign, Lee’s first executive order was an impact statement on rural Tennessee. “I’m requiring all 23 cabinets of the government to provide a statement by May 30 specifically how they’re going to impact the 15 most distressed counties we have in rural Tennessee.”

With a fundamental belief that economic prosperity ought to be available to everybody, Governor Lee said “This is step one of how we do that.”

The next executive orders Governor Lee issued focused on transparency and ethics.

“I think every chance we get we ought to open up transparency in government so taxpayers know how money is being spent.”

Asked often about ECD (Economic and Community Development) investments and incentives, Governor Lee said, “We want to try to help companies and we want to compete with states around us, but at the same time when taxpayer money gets spent to bring jobs, we need to know how much those jobs cost and what we ultimately ended up paying for them.”

The Governor’s most recent executive order was to put a 90-day freeze on regulation. Running a business for 35 years, Lee said that he and “you all know, regulations stifle business when we overregulate and choke off the ability for people to create jobs.”

Taking that concept further, Governor Lee said, “We have a panel in place that’s going to evaluate the regulations that we have in our state and try to look at a more regulation-friendly environment going forward.”

Governor Lee said of the state’s $37 billion budget, the process for which is currently underway, “We have to limit the size of government, but I also want to be able to invest in things like vocational education, which is basically a $25 million package.”

Therefore, “We need to be able to find the money somewhere else, where we have inefficiencies in government and where we ought not to be spending money. That’s the way we’re going to manage a budget.”

In addition to the budget having very conservative growth, it’s going to have investment in the future, according to Lee.

“It’s going to make sure we have reserves set aside for the day when the economy turns down, because it will turn down. When you run a business for 35 years, you’ve seen the cycles of economies. We’ve got surpluses and everything’s great now, but there will come a day when it turns down.”

Governor Lee concluded, “There’s a lot to do,” and “none of these things are going to be easy.” He went on to say, as an example, that vocational education wasn’t eliminated from the school system in a year, it was slowly taken out over a 30-year period. “We’re not going to get it back in a year or two, but you start changing the trajectory of where you want to go with things.”

Of his campaign platform that “People want a good job, good schools and a safe neighborhood,” Governor Lee said there’s a lot of ways to do that and a lot of components to it, and added, “We’re getting started, and I’m committed to doing it.”

Continuing, Governor Lee reflected, “I think the people of Tennessee elected me because who I told them I was, and I stuck to my beliefs and to my values and to my principles throughout a campaign. I said to Maria, ‘You know, we may not win but this is how I’m going to do it.’”

“That is how I am going to govern.”

Governor Lee then committed, “I am here to serve you.”

“There are fundamental conservative beliefs that we have and we hold together. Those are the things that we have to really advance forward.”

Laura Baigert is a senior reporter with The Tennessee Star.