In a specific discussion on Wednesday morning’s Tennessee Star Report with Steve Gill and Michael Patrick Leahy – broadcast on Nashville’s Talk Radio 98.3 and 1510 WLAC weekdays from 5:00 am to 8:00 am – host Steve Gill talked in depth with in-studio guest Congressman John Rose about his impression of how Washington works as a new freshman member of Congress.

The men went on to further discuss the implications of rural versus urban needs and expectations and how that creates an involuntary divide of interests.

Gill: As a new Congressman, what’s been your biggest impression of what you thought it would be like versus what it’s actually like?

Rose: Well it’s a good question and it’s one I get often. There is a dysfunction in Washington. There’s no doubt about it. And I think the degree to which that’s true is a little bit eye opening for me. So that’s probably been the biggest impression that I’ve seen. Its just the dysfunctionality of the way Congress operates.

Gill: Well as a business guy it’s clearly not run like a business. You have to constantly be scratching your head going, “And we’re doing this, why?” 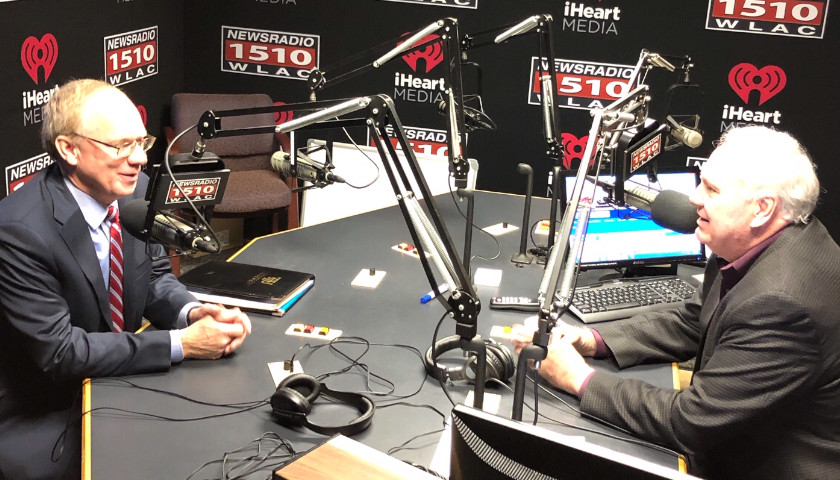 Rose agreed with Gill’s statement and added that he also saw how the House of Representatives in Washington works compared to the way the House in the State legislature works in Tennessee.  He noted that in Tennessee, legislatures come together on the floor, debate about a bill, and then vote on it but in Washington you’ll see someone giving a speech with only five or six people listening. He went on to comment that he felt this revealed that people are just talking past each other and not really listening to one another and cited this as problem.

Gill: Not that I’d want to know a lot of people on that side actually, (Rose chuckles) but there’s not a lot of opportunity to. 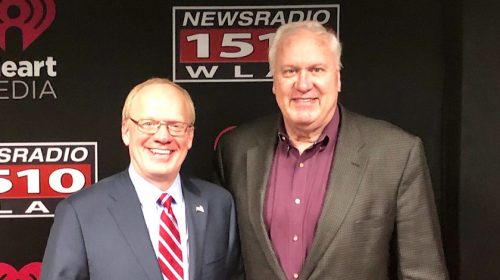 Rose: That’s right and you know I think almost anyone would share the view that if you spend enough time with people you listen to what they’re saying. What motivates them, what drives them, what they’re values are. I mean eventually you’ll find some common ground. It may not be much, but you’ll find it. And then you know, that sets the table for some compromise perhaps. The way that Washington works today, that doesn’t happen very often. So you know both sides are kind of talking to their base.  They give speeches that are aimed at them and not necessarily aimed at persuading the other side. And so that’s part of the problem I think. And in this day, modern transportation, it’s easy to go back to your district. People in the district expect you to come back. You obviously want to stay in touch with what’s going on in your district. But what I’m told, is in times of old, when members of Congress kind of moved to Washington, stayed there a good bit, except for when they were on recess. They got to know each other. They socialized. Their spouses socialized. Their kids ended up in the same day care.

Gill: It’s harder to be mean to someone you know.

Rose: That’s right. That’s right. And so I think that provides, not to say that it brought consensus on everything, but I think it provided a basis for people reaching common ground.

Gill: We hear so much, Congressman about the divide between Republicans and Democrats, left and right. But you represent a district, that while Sumner County is suburban and Wilson County are suburban you represent a lot of very rural counties. There’s also a real urban, rural divide in our public policy. There’s not a commission of small town communities like there is the you know, big city Mayors.  Are you seeing that play out as well in your new role in Congress that there is this split of understanding of what rural America needs and what urban America is demanding?

Towards the close of the segment, Rose agreed that there was divide in Tennessee, however not as much as the ideological divide that we face currently in America.  “While folks in rural parts of districts appreciate a good sidewalk, it’s not as important as a good road and the bridges that are needed to get them to town and get them to where their employment is. Where as maybe in a more urban area, maybe that’s more important,” concluded Rose.

Tune in weekdays from 5:00 – 8:00 am to the Tennessee Star Report with Steve Gill and Michael Patrick Leahy on Talk Radio 98.3 FM WLAC 1510. Listen online at iHeart Radio.