NASHVILLE, Tennessee – Stokes Nielson granted The Tennessee Star an exclusive sit-down in the shadow of the State Capitol to talk about the new venture he is initiating called Stokes For Tennessee Freedom.

Stokes, energized and passionate about his new mission, didn’t dwell on his country music career other than to say that he has a background in the business and that he is involved with that community or how it relates to his new initiative.

The meeting with The Star, arranged confidentially by a third party without revealing the name of the interviewee, eliminated any potential distracting interview questions about Stokes’ country music life, and allowed the focus to be on his Stokes For Tennessee Freedom effort and what lead him to it. 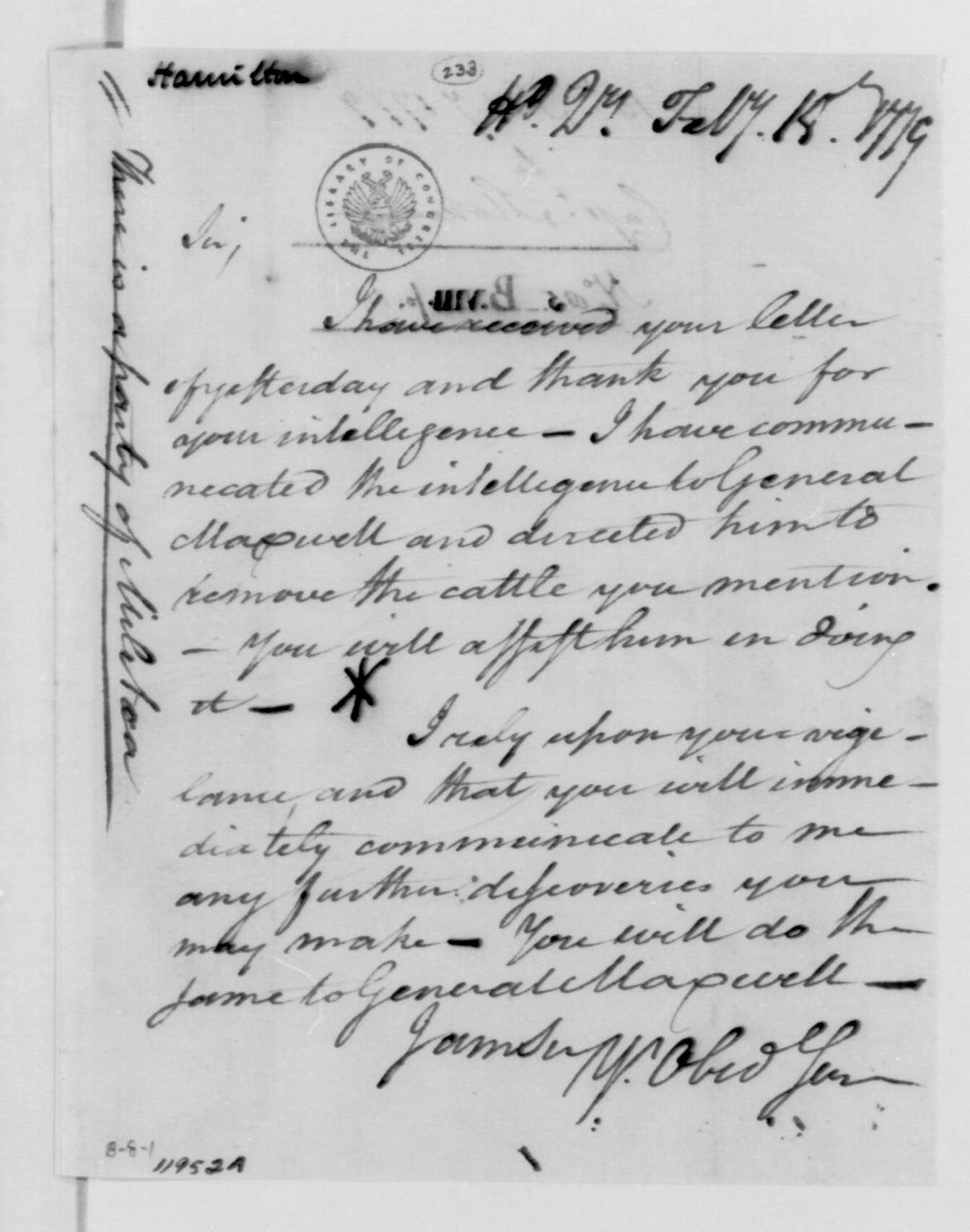 Almost immediately after the introductions, Stokes presented a photocopy of a hand-written letter, currently housed in the National Archives, from George Washington to Captain John Stokes, dated February 15, 1779. The short letter had a portion of one sentence highlighted in yellow – “I rely upon your vigilance,” which Stokes pointed to and read aloud.

Stokes said that, in the broader sense, the line is a “message to us as Americans.”

On a very personal level, Stokes said seeing that line in George Washington’s letter to his ninth generation great uncle “makes me feel I can defend my country.”

Losing his father two years ago sent Stokes on a mission, as part of his grieving process, to make a connection to his father by researching the family history, including both his father’s and mother’s side. What he discovered was a history of service and a long line of inspiration in the Stokes family, his mother Peggy’s side.

During the Revolutionary War, Captain John Stokes was gravely injured at the Battle of Waxhaws. Indeed, historic accounts paint a grizzly picture of Captain Stokes losing his right hand, a finger on his left hand, having his head “laid open from nearly the crown to his eyebrow” and then being “twice transfixed with a bayonet.” Miraculously, Captain Stokes survived. He was later appointed by President George Washington to be the first judge of the United States District of Western North Carolina.

John Stokes later went on to be one of five to represent Rowan County at the North Carolina Constitutional Convention at Fayetteville from November 16 to November 22, 1789, according to Documenting the American South. During that time, Stokes Nielson explained, this area, referring to middle Tennessee, was part of the Carolinas. Stokes expressed great pride in how well his ancestor represented George Washington’s vision at the convention.

Stokes then briefly mentioned another in his family line, W. B. (William Brickly) Stokes, who he said had courage.

Indeed, W. B. Stokes served as a Colonel of the 5th Regiment Tennessee Volunteer Cavalry during the Civil War, according to Wikipedia. He was nominated by President Andrew Johnson for the award of the honorary grade of brevet brigadier general. He later was elected as an Unconditional Unionist to the 39th U.S. Congress and re-elected as a Republican to the 40th and 41st Congress. W. B. Stokes was also the supervisor of internal revenue for Tennessee.

Concluding his inspiring genealogical review, Stokes revealed, going back to Captain John Stokes, “He and George Washington are my heroes. My guiding light are these two gentlemen.”

The younger Stokes marveled at the courage in his bloodlines and said that he didn’t have the courage “to do this,” until his father passed away.

Stokes also sees courage in the Tennessee legislators who voluntarily take on all that is involved with running an election campaign, a sentiment he often shares with them.

The Stokes For Tennessee Freedom initiative, he explained, is to let Tennesseans know about things they really need to know about. But, a listening tour to hear what Tennesseans care about will also be a key part of Stokes’ new initiative.

Having traveled all over the world, Stokes is always happy to come back to Tennessee, a state he calls “amazing,” where “people are kind-hearted, hard-working and love their state, love their country, love to have a good time and love their religion.”

“Tennessee values are American values – dignity, liberty, courage, collaboration and love.” Stokes calls these the five core values that are the “spirit of humanity.” He continued, they’re “a Tennessee thing and an American thing and will always be the core of who we are.”

“Tennessee is a fantastic place,” said Stokes, “and we’ll keep it by upholding those five ideals.”

Stokes will take advantage of his background in mass media for his Stokes For Tennessee Freedom endeavor. He says of the current state of mass media there is a disconnect between the mass media perception and reality. His goal is to bridge that gap in a respectful way.

Media is ever changing, says Stokes, and the focus is not on whether it’s right or wrong now, but where it can be four to five years from now. Stokes is aligning his objectives with the longer term vision as well, saying he wants to use his position for a better America four or five years from now.

Stokes feels that music can play a role in getting his message out. That message includes helping people understand that government overreach is corrosive to the American spirit.

What jumps out to Stokes as an example of government overreach in Tennessee was the 2017 passage of the gas tax increase, which he equates to the Stamp Act of 1765.

Opponents to the gas tax increase, which was encompassed in Governor Bill Haslam’s larger IMPROVE Act, will find parallels to a portion of the summary of the 1765 Stamp Act as presented by The Colonial Williamsburg Foundation:

The actual cost of the Stamp Act was relatively small. What made the law so offensive to the colonists was not so much its immediate cost but the standard it seemed to set. In the past, taxes and duties on colonial trade had always been viewed as measures to regulate commerce, not to raise money. The Stamp Act, however, was viewed as a direct attempt by England to raise money in the colonies without the approval of the colonial legislatures. If this new tax were allowed to pass without resistance, the colonists reasoned, the door would be open for far more troublesome taxation in the future.

Stokes credits The Star for the coverage of the gas tax increase and the potential for some businesses getting an advantage over others, the details of which he said weren’t covered anywhere else.

There is a palpable sense of urgency to Stokes’ mission, perhaps in response to the call he said he felt as a teenager added to his more recent awareness of instances of government overreach and his recent discovery of courage and heroism of the founders of this country, to which he is so directly connected.

Stokes summed it up this way:  “The American experience was based on these absolute heroes who said ‘we’re not going to let these businesses get any advantage over any other business.’  The very first shots of the Revolutionary War were fired over this issue.”

The unique combination that Stokes brings – a two-way issues-based dialogue that is not strictly conservative, liberal or moderate; his particular “megaphone” through an already-established podcast and concert network; as well as his genuine enthusiasm – have potential to significantly impact the conversation in Tennessee.

The very first Stokes For Tennessee Freedom podcast, “The Spirit of Humanity,” which is launched as part of his Stokes & Friends Podcast, can be listened to here starting at 9 a.m. CST Monday, February 25, 2019.

Stokes has also launched a Hotline at 1-833-STOKESV to hear thoughts and ideas from Tennessee citizens.